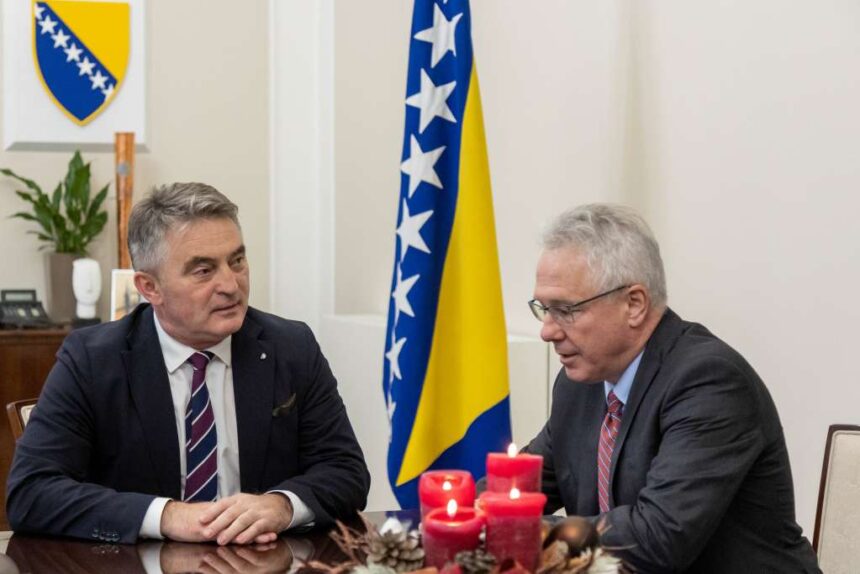 Ambassador Murphy reiterated that the US Government remains a reliable partner to Bosnia and Herzegovina and that it is an unquestionable support for the territorial integrity, sovereignty, multi-ethnic character and Euro-Atlantic integration of our country.

BiH Presidency member Željko Komšić expressed the expectation that the USA, as the bearer of democratic values, would apply the same democratic principles and standards in Bosnia and Herzegovina, which is a prerequisite for the eventual progress of the country and society as a whole, and its Euro-Atlantic integration, the BiH Presidency announced.

A Difficult Situation in the Hands of Becirovic: The Appointment of Borjana Kristo and Dodik’s Demands are on the Table
Next Article