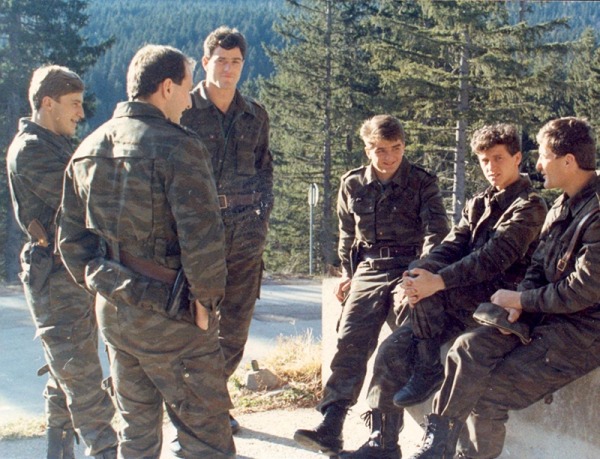 Every story has its own hero, and the story of Vinko Samarlic who was born on the 8th of March 1964 in Crkvica near Zavidovici, is everything but ordinary. Life of Samarlic who finished elementary school in Zavidovici, after which he enrolled in the Secondary Police School in Sarajevo, can be a scenario for a great movie or a top “bestseller”.

The main hero of this story started working as a police officer after finishing high school, and he transferred to a special unit in 1985 where he becomes the commander of a combat unit with the rank of captain.

Besides his commitment to work, Vinko also had time for his other passion – judo. He really loved judo, he enjoyed it, and the title of junior and senior champion of former Yugoslavia in the light heavyweight and heavyweight categories, as well as medals and titles from numerous tournaments in the local and international scene, talk enough about his commitment to this sport.

Even before the Judo Federation of BiH was an official member of the World Judo Federation and the European Judo Union in 1993 in Canada, Bosnian judo debuted on the international scene on the Olympic Games that were held back in 1992 in Barcelona.

It was Vinko Samarlic, the owner of Olympic norm, who should carry the flag with the lilium bosniacum at the opening of the Olympics in the capital of Catalonia. However, the fate wanted things to happen differently. The day before departure to Barcelona, on the 8th of June 1992, a tragedy happened. In defense from the Chetnik attack on Hrasno Hill, then 28-year-old Vinko Samarlic got killed.

It was fate. Instead of defending the colors of his country in the greatest sports event, Samarlic stood in her defense with a gun in his hands from the first day. He gave the most valuable thing that he had to his homeland, his life. Thus, the legendary judoka, unfortunately, after the death of Ozrenko Mandic Buco, became the second specialist of the Ministry of Interior of the RBiH who gave his life in defense of BiH.

The murder of Vincent Samarlic affected all patriots, people who had Bosnian spite in their heart and firmly believed that our country can be defended although on the other side was the fourth military power in Europe at that time.

In honor of Samarlic, Judo club Zeljeznicar organizes a memorial international tournament with the name of the flag carrier at the Olympics in Barcelona in 1992, and on Saturday will be held the 25th consecutive Memorial Tournament “Vinko Samarlic” in the newly opened hall in Grbavica, and it will gather around 300 competitors.