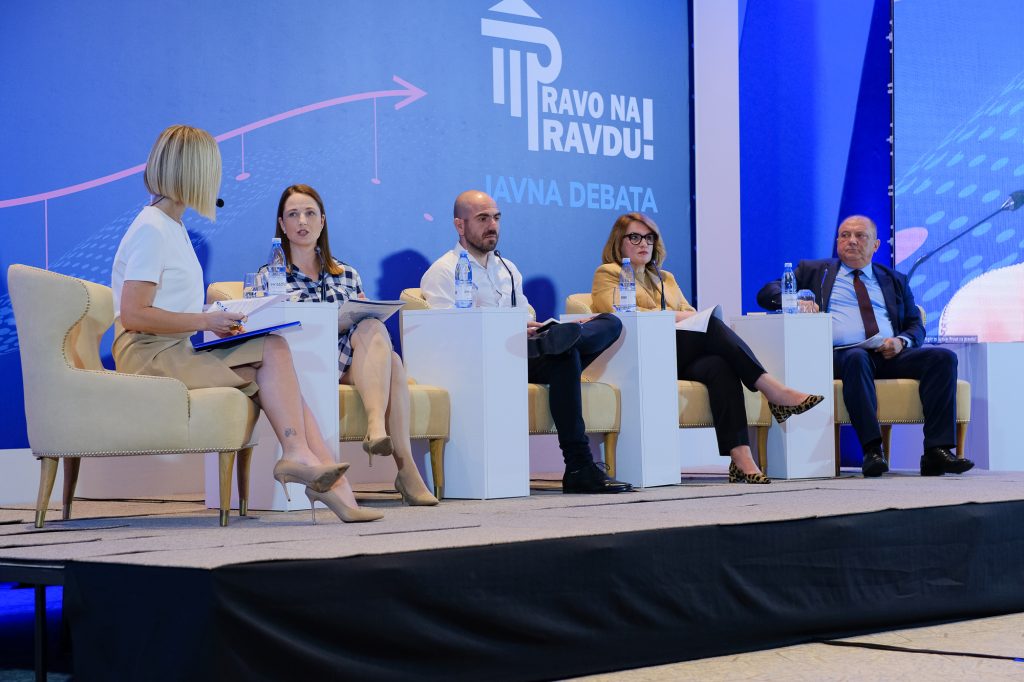 The third in a row public debate “Right to Justice” organised today in Sarajevo by the European Union in Bosnia and Herzegovina and the European Commission’s Directorate General for Neighbourhood and Enlargement (DG NEAR), gathered a significant number of representatives of the judiciary, public institutions, local authorities, media and civil society to discuss enhancement of integrity of public institutions and fight against corruption as prerequisites for successful European integration of BiH. The public debate specially focused on the role of citizens in monitoring the enforcement of reforms and ensuring that public and judicial office holders, elected and appointed representatives are working in the interest of the greater good, constructively supporting BiH on its path toward the EU.

In his opening address DG NEAR Acting Director General Maciej Popowski reaffirmed the EU perspective of BiH. “BiH decision makers must take responsibility for their actions as the EU needs constructive dialogue and political will from all sides to move forward on the EU path. The rule of law is a central part of the EU fundamentals. A society built on the Rule of Law guarantees freedom and prosperity to its citizens. It is a prerequisite for a wealthy economy attracting investments. On the contrary, continued obstruction of reforms aimed at enhancing integrity of public office holders, including in the judiciary undermines citizens’ rights and the effective fight against corruption“, said Acting Director General Popowski.

Ambassador Johann Sattler, the Head of EU Delegation to BiH and EU Special Representative in BiH, underlined that time is running out while the amount of work to be achieved by the country to strengthen the rule of law and regain citizens’ trust in the judiciary keeps growing. “It gives me no pleasure to say that not a single EU priority rule of law reform has been completed during the past years. In December 2019, the EU released a report drafted by the independent expert Reinhard Priebe on the rule of law in Bosnia and Herzegovina. This report listed a number of very concrete recommendations and actions to be undertaken for the country to confirm its unquestionable commitment to the EU integration path. 81% of BiH citizens in a recent survey we conducted say there have been no improvements in the justice system in the past five years. There needs to be a greater urgency from BiH authorities about strengthening the rule of law”, said Ambassador Sattler.

The Ambassador of the United States of America to BiH, H.E. Michael J. Murphy reaffirmed the international community’s support for BiH’s future within the Euro-Atlantic community of nations.  Ambassador Murphy stated “We are here today because we all care about BiH’s future.  We want to see efficient and effective institutions at the state, entity, cantonal, and municipal levels that serve the public. And we want to see a strong, private-sector driven economy that provides prosperity for this country’s talented people.  All of this is impossible without the rule of law.  However, today we must once again note that respect for the rule of law is not entrenched in the fabric of this country’s society, not sufficiently promoted by this country’s governments, and not respected by the country’s ruling elite,” he added.

Ms. Alma Zadić, Minister of Justice of the Republic of Austria, invited BiH citizens to actively engage in the reform process. She stressed how much public debates are vital to encourage and strengthen public engagement and thus vivid democracies. “What I want to pass on is: Believe in your power to build a better future for yourself and your children. Take an active part in the reform process, demand your rights and shape the country for a better change!”, said Minister Zadić.

Institutional accountability was also emphasized by Darja Softić-Kadenić, Minister of Justice and Administration of Sarajevo Canton. She stressed the importance of the value of integrity and ethics in public service and among public office holders, reminding of the key role of independent institutional bodies in charge of monitoring the integrity of public services. Also, Damir Arnaut, Chairman of the House of Representatives’ Interim Investigative Committee for Inquiry into BiH Judiciary, stressed the importance of parliamentary oversight on the work of publicly funded bodies, including the judiciary.

The third debate places special emphasis on the essential role of civil society organizations (CSOs) in impartially monitoring the activities of civil servants, including in the judiciary and objectively reporting on the findings. According to Ivana Korajlić, director of Transparency International, BiH  traditionally had poor results in preventing and fighting corruption. Therefore, an important outcome of this debate is the overall agreement that CSOs shall work together more actively to promote changes and reforms benefitting citizens.

Within that context, investigative journalism was presented as one of key drivers in efforts to make the justice system and public institutions work in the public interest. Work of investigative reporting is important not only in detecting corruption cases, to be further prosecuted and sanctioned, but also in creating a social environment prompting more transparency and integrity in the work of public institutions and increased accountability of judicial office holders and civil servants, as highlighted by Denis Džidić, executive director and editor of BIRN BiH, Leila Bičakčić executive director of the Centre for Investigative Reporting (CIN), and Siniša Vukelić, owner of the Capital portal.

Completing the picture, Prosecutor Pavo Radoš from the Prosecutor’s Office of the Brčko District of BiH reminded that integrity is one of the fundamental commitments to uphold when holding the function of judges or prosecutors and further described the successful prosecution of electoral fraud in the Brčko District as a good example of the judiciary upholding one of the central principle of democracy. “Constructive collaboration of the prosecutor’s office with representatives of the civil society, can ultimately restore citizens’ trust in the judiciary,” said Radoš. His colleague Džermin Pašić, from the Prosecutor’s Office of BiH, commented on the difficulties faced by some judicial officials in performing their work in a dysfunctional system under political influence, which in part results on why the judiciary is not perceived as independent in the fight against corruption but rather perceived as corrupted by most of the citizens.

In his closing remarks, Vassilis Maragos, Head of Unit D.4 (BiH, Kosovo), Directorate-General for European Neighbourhood Policy and Enlargement Negotiations (DG NEAR), emphasised that „Integration in the EU is a merit-based process. RoL standards are not negotiable”. He further noted that 2022 being an election year, it offers opportunities, stressing that “the current elected office holders and those who will succeed them after 2 October are responsible not to Brussels but to the citizens of BiH”. He also stated EU support for the professionals, the citizens, the civil society and investigative journalists in monitoring reforms. “Strengthening the rule of law in BiH will bring about positive outcomes for its people and will advance the country on the EU path. This responsibility will be appreciated not only by today’s citizens but by future generations as well. The EU and the European Commission will support you in these efforts”, Maragos concluded.

UK Delegation in Visit to BiH Ministry of Defense
Next Article 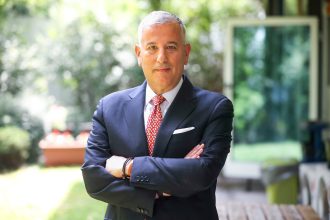 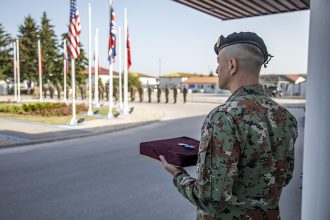