Citizens of Bosnia and Herzegovina and across the region can now benefit from reduced roaming coasts as a result of the Regional Roaming Agreement, signed at the Western Balkans Digital Summit in Belgrade on 4 April 2019.

Bosnia and Herzegovina played a very constructive role by being the first country in the region ready to sign the Regional Roaming Agreement, which also represents an important step towards a joint EU-Western Balkans roaming area.

“Everyone is keen to use their phones like at home when traveling. In the EU, the “roam like at home” principle has been one of the most successful EU driven polices. This benefits consumers and operators alike in the long term. We would like to see BiH join the ‘virtual’ EU roaming space as soon as possible.” EU Ambassador to Bosnia and Herzegovina Lars-Gunnar Wigemark said.

The Agreement is a clear message about the region’s commitment to European integration, with the roaming charges within the region planned to be abolished altogether within two years.

The Agreement has allowed BiH to apply for relevant EU grants available under the Western Balkans Investment Framework. A total of €30 million has been made available to the region to develop broadband infrastructure and mobilise strategic investments in telecommunications. 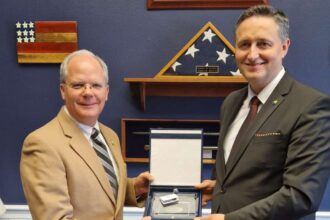