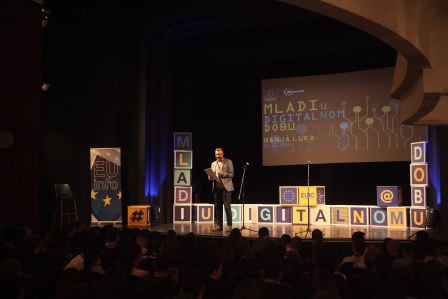 Led by the idea of digitalization of contemporary European society, which offers significant opportunities for career development of youth, the EU Info Centre, in cooperation with Bit Alliance, organized the first in a series of educational conferences “Youth in the Digital Age”, on 13 October in Banja Luka.

“We know that this country has remarkable young people who are pushing boundaries, and it is important to give them opportunities and encourage them to research, create, and meet their peers. With this conference, we aim to bring together the next generation of digital innovators in Bosnia and Herzegovina, IT industry leaders, start-ups and young people looking to network and learn,” stated Viara Valtchanova, representative of the Banja Luka office of the Delegation of the European Union to Bosnia and Herzegovina.

The European Union supports the development of innovation and is dedicated to investing in research and development and to achieving greater research impact that promotes growth opportunities. “We are well aware of the transformative power of science and technological innovation – for example, the digital economy is growing at seven times the rate of the rest of the economy,” added Vatchanova, noting the current efforts of the European Union in promoting the development of connectivity of the region and the digital skills of future developers and innovators.

In order to stimulate innovation across Europe and the Western Balkans, the European Union launched the Digital Agenda for the Western Balkans, as one of the six flagship initiatives of the EU enlargement objectives within the region, which will support Western Balkan countries in their efforts to move towards a digital economy, for which EUR 30 million of investment has been earmarked.

The aim of the conference is to bring new perspectives and different visions to crucial questions related to familiarising youth with career opportunities in the IT sector. “Today we have gathered a great number of people from Banja Luka and the surrounding region, who came here to listen to success stories of BiH youth. Through their personal success stories we wish to motivate youth to stay in the country, and present them opportunities for career development,” said Armin Talić, CEO of Bit Alliance, the lead association of IT companies in Bosnia and Herzegovina. Companies that are members of Bit Alliance form 70% of the IT market in BiH, and have recognized the significance of introducing young people to a wide variety of career possibilities in this perspective sector.

“Young people often think that they need to be geniuses to be a programmer or developer, which is of course not the case. My story is full of ups and downs and I want to motivate them,” said Ognjen Šipka, a 23-year-old programmer and one of the conference speakers.

The conference gathered over 350 high school students from Banja Luka and the surrounding region, IT industry leaders, human resources experts, and young IT experts, who want to network, gain new experience and listen to successful and inspiring stories of youth in Bosnia and Herzegovina. 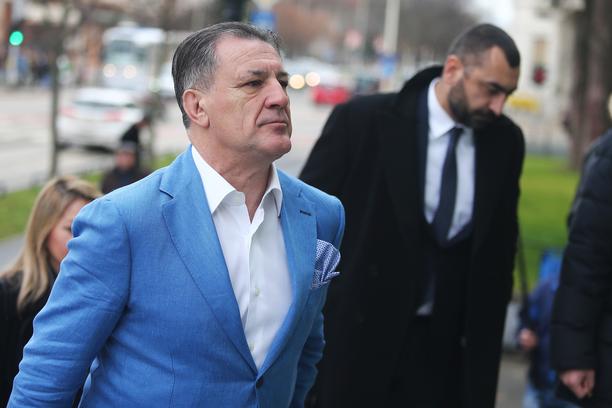 Zdravko Mamic could be extradited to Croatia?
Next Article Prohibitive Measures ordered against Suspects in the Case of Ibrahim Puric et al.
Leave a comment Leave a comment