A delegation of the Ministry of Defense of Bosnia and Herzegovina with Deputy Defense Minister for Resource Management Mirko Okolic and BiH Defense Minister’s Adviser Muris Palo, at the invitation of the Russian Ministry of Defense, is participating in the International Military-Technical Forum “Army 2020”, taking place in Moscow from 23 to 25 August.

On the first working day, the delegation visited the “Patriot Expo” congress and the exhibition center, where it attended a plenary session chaired by the Deputy Prime Minister of the Russian Federation, Yuri Borisov.

The guests then had the opportunity to visit part of the exhibition of modern weapons and equipment in the congress and exhibition center “Patriot”. At the end of the daily program, at the nearby Alabina training ground, the delegation attended the first phase of the tank battalion competition within the International Military Games, in which teams from China, Belarus, Azerbaijan and Serbia are participating.

The forum is attended by delegations from 92 countries, of which 18 military delegations at the high state level, as well as representatives of various companies.

On the second day of the Forum, a further tour of military equipment exhibitions is planned, as well as talks with representatives of companies that have expressed interest in establishing cooperation with the BiH MoD, especially in the field of helicopter production, sales and service.

Before returning, the BiH MoD delegation will visit the BiH Embassy in the Russian Federation and talk to BiH Ambassador Zeljko Samardzija in Moscow. 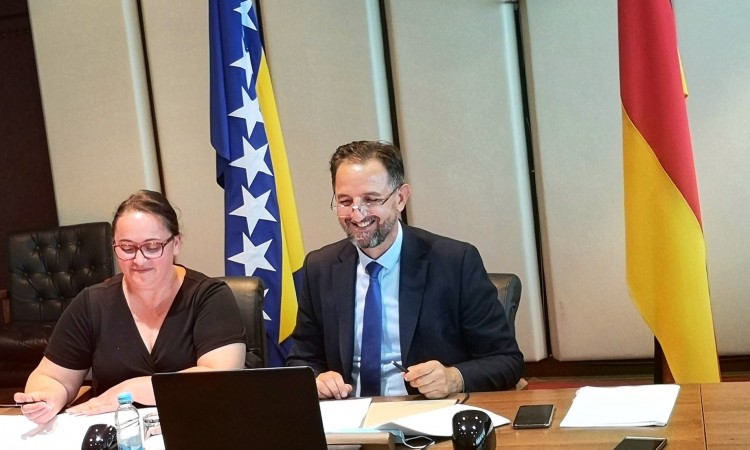 Germany allocated 600,000 Euros for Sustainable System of Reception and Integration of BiH Nationals
Leave a comment Leave a comment