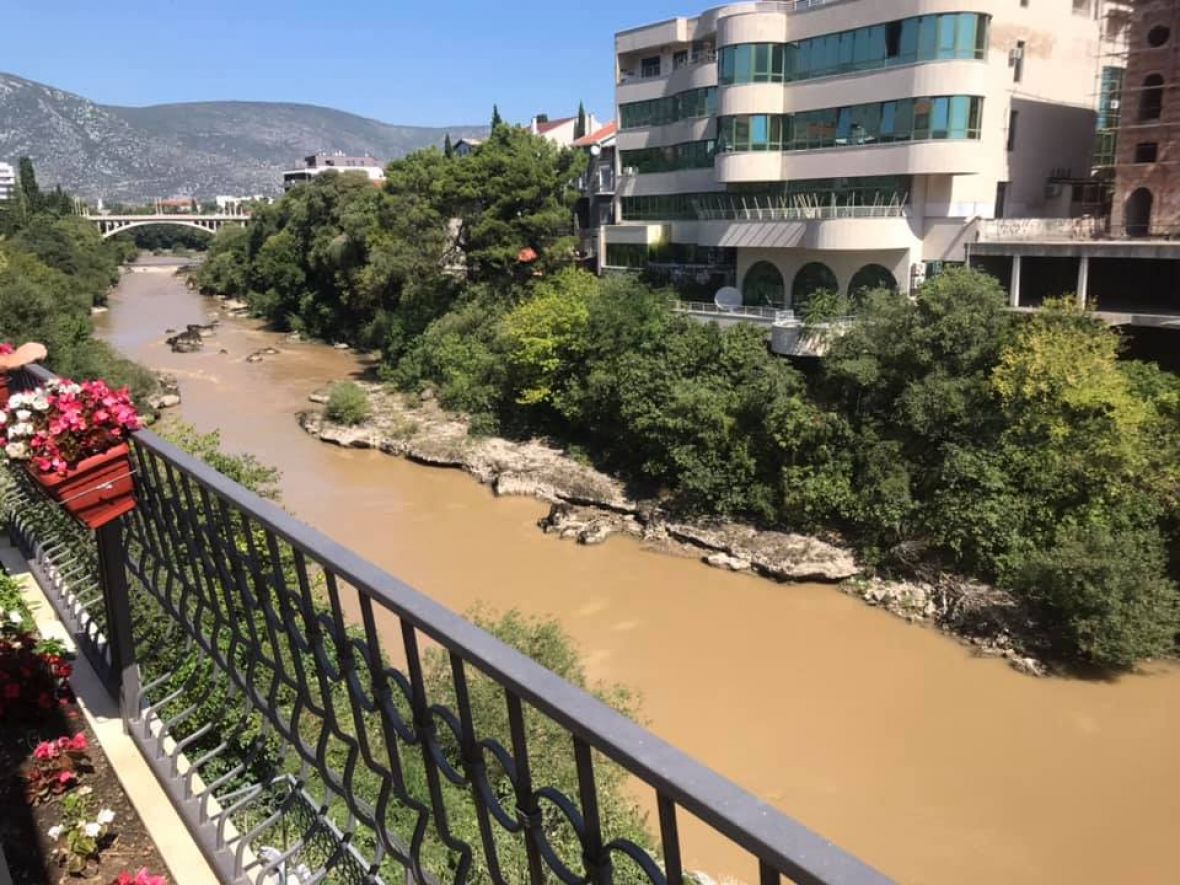 An activist from Mostar, Marin Bago wrote on Facebook that the smell from Neretva River is unbearable and that he has never seen something similar before, sharing a photo of the murky Neretva.

“It’s been like this for an hour. There is a huge amount of that dirt. And it stinks very bad. This is something extreme. We have heard some information that they are working at the hydroelectric power plant, but we are not sure, “Marin Bago, president of the Futura Mostar Association, told Radiosarajevo.ba.

He added that, unfortunately, this is not the first time they treated the Neretva River like this.