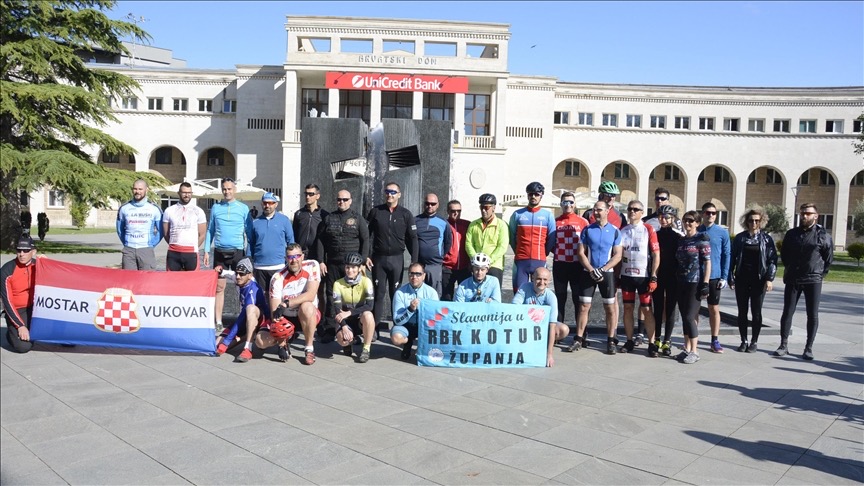 The tenth bicycle caravan of friendship “Mostar – Vukovar” set off yesterday in front of the Croatian Lodge “Herceg Stjepan Kosaca” in Mostar.

The cyclists were accompanied, among others, by the Mayor of Mostar Mario Kordic, who did not hide his satisfaction that his fellow citizens are with the heroic city in Croatia this year as well. The caravan will pause in Kiseljak where reception is planned for this afternoon, Federalna writes.

”It’s a beautiful day and the excitement is great. We hope for nice weather during the caravan as well. Everyone is ready, they are waiting for us in Zepce, in Kiseljak… The only wish at this moment is for our journey to pass without any problems. There are a total of 35 cyclists. This is the largest caravan for Vukovar so far. A month and a half ago, we had to block applications due to great interest, given that the number of seats on the bus to which we will return is limited. We had great support from several cities. Cyclists from Croatia joined us yesterday. In Vukovar, the mayor will welcome us at a gala dinner. On the fifth day of our stay there, we will also visit Borovo Selo,” said Mostar cyclist Toni Zoric yesterday.

”Toni has been calling me for years to join them. At first, I think, it is too many kilometers, but for us Croats, Vukovar is in heart and I am proud to go there. It’s not easy, but in good company, it’s easier. I think we have an interesting 450 kilometers ahead of us,” Kontic stated.

Before leaving for Vukovar, Mostar cyclists lit a candle next to the monument on Rondo Square, thus paying tribute to all those who died innocently in the past war in Croatia and Bosnia and Herzegovina (BiH).