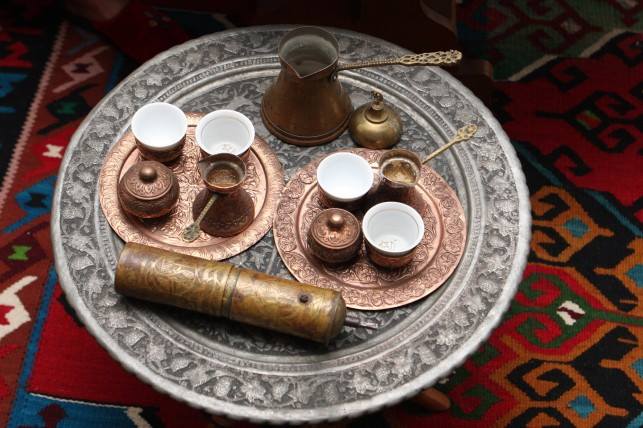 Bosnians and Herzegovinians have a special kind of connection with coffee and the drinking of the popular dark beverage, which became a lot more than just a habit in BiH.

In his book “Coffee – The Magical Beverage”, the author Raif Čehajić, a retired journalist and publicist from Sarajevo, wrote that coffee is a traditional beverage in BiH and that it is an integral part of life, work, relaxation and everyday habits, from the most elite circles to the poorest families.

Based on the love that people from BiH feel for coffee, people might think that Bosnians and Herzegovinians are leaders in consumption of coffee. However, this is not the case. People of BiH are far preceded by Americans, Finns, the French and the Italians.

“Fildžan (coffee cup) and Turkish coffee remained present to this day, and their origin is from this Ottoman period. Turkish coffee in Bosnia was always being consumed from fildžan, with a sugar cube, often with rahat-lokum. This coffee was later named the Bosnian coffee. Despite of the popularization of espresso coffee in BiH, coffee shops which serve Bosnian coffee are still much appreciated. Coffee and coffee shops have an irreplaceable role in everyday life of people from Bosnia and Herzegovina and the cult of coffee and coffee shops has been created for centuries, starting from the Turkish period. Coffee is an integral part of all local customs, as well as of the entire life,” Čehajić wrote.

In early 2015, the Agency for Market Research Ipsos Strategic Marketing conducted a research in the region, including 4.000 citizens among whom were also the coffee consumers in BiH.

Those who enjoy traditional coffee cannot imagine hanging out with friends without this popular beverage, and 63 percent of them claim that their break is not complete if they do not drink the traditional coffee.

In addition to a large number of consumers of traditional coffee in BiH, 51 percent of participants often use instant coffee as well.