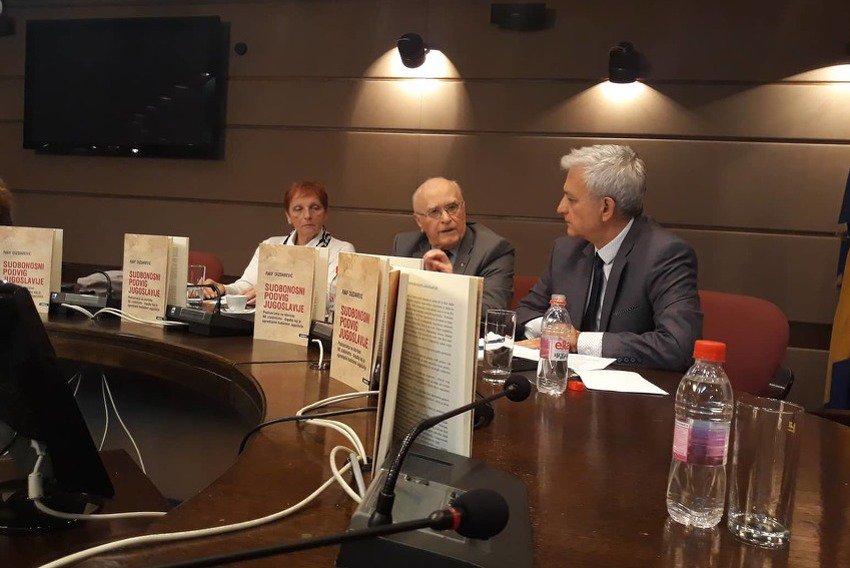 The 70 years anniversary since little Yugoslavia rejected the great Stalin and decided that its destiny would not be determined by Moscow, but that it will work on its arrangement, management and life by itself, is marked this year.

This event had historical importance because then Yugoslavia led by Josip Broz Tito defined relations in the Balkans, as well as in Europe. It became important as a blockade of the influence of the USSR and its penetration into the West, according to the diplomat and politicians from that period, Raif Dizdarevic.

He stated that Stalin ordered all forces to be directed on the armed fight against fascism during the World War II, and that the issue of the arrangement of the country will be solved after they win against fascism.

“We were aware of the fact that we are fighting against the occupier, but we did not know what kind of Yugoslavia are we fighting for. However, that was about creating national organs from the very beginning and how Yugoslavia would be organized, despite the decisions of the Soviet Union. We decided for federative arrangement. During the war, Tito informed Stalin that he was exchanging prisoners with the occupier, which Stalin explicitly forbid, but Tito decided to stick to his own decision. These disputes had their roots in the war,” stated Dizdarevic.

He recalled that after the war, Moscow wanted to contract Yugoslavia with the Soviet Union, in a political, economic and social way, and it sent a large number of “experts” who were actually intelligence agents. Yugoslavia depended on the Soviet Union in the first years.

“It was really heroic to survive a five-year pressure and to manage to survive until the delegation led by Nikita Khrushchev, which admitted the mistake. The world did not believe that we could survive it. The West did not have any decision on Tito’s “no” to Stalin. This conflict made residents of Yugoslavia, who were raised to worship Stalin, to liberate from Stalinism and the white and black perspective of the world, and to be more open to other countries,” said Dizdarevic.

However, attempts of Moscow to influence did not stop and they lasted until the very break-up of Yugoslavia.

It is also important to note that back at the time when Yugoslavia said “no” to Stalin, it had a much larger GDP than Moscow, and it also recorded a steady growth in the from 1950 to 1980, which is why it was so important on the international scene.