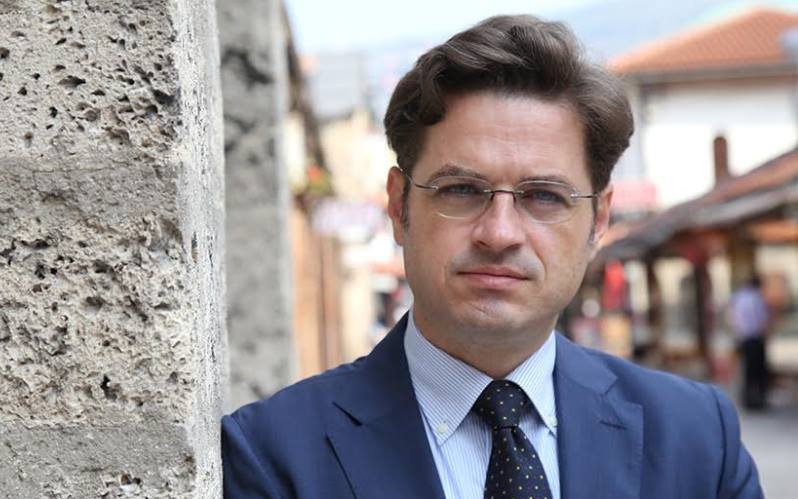 Prominent lawyer and expert in constitutional law, Nedim Ademovic told that our state has been attacked, while the international community is trying to introduce the medieval principle of legitimate representation.

Also, he added that we should try to imagine how the federal state of Bayern adopted laws and acts in its parliament which deny the laws of the Federal Republic of Germany, to introduce state laws and adopt binding conclusions on establishing its own army, tax system, or secret service.

It would happen in the blink of an eye exactly what happened to the Catalan officials by the central Madrid authorities: everyone was arrested, sanctioned, and autonomy was taken away because it is being abused against the central state. Instead of a rule of law response through the Prosecutor’s Office of Bosnia and Herzegovina (BiH), The State Investigation and Protection Agency (SIPA), Intelligence – Security Agency (OSA), the Court of BiH, and the international community, both civil and military, which provides protection for the Dayton concept of BiH, officials of the international community, especially those from the European Union (EU), are pushing to introduce into our electoral legislation the medieval principle of legitimate representation at HDZ request, ” Ademovic stated.

Instead of the international community, Ademovic points out, exerting pressure to reform the BiH Constitution in accordance with the judgments of the European Court of Human Rights, it advocates further, primitive, anti-European, anti-civilization ethnonationalization of the state during the active attack on the state, which is absurd.

“If you are elected only by members of one collective, then you can only deal with issues related to the protection of that particular collective. Unfortunately, the Presidency does not deal with the protection of vital national interests, including Croats, but state issues of the highest rank,” Ademovic pointed out.

Dayton does not offer legitimate representation

Ademovic wonders why the EU or some other representatives of the international community currently negotiating in BiH do not see that the HDZ wants to convince everyone that voters should not be treated as BiH citizens, but as Bosniak voters, Croat voters, or Serb voters.

Who will manage the Armed Forces of BiH (AFBiH)?

He thinks that the struggle for civic legitimacy of the head of our state – the Presidency of BiH – should be understood as a struggle to have someone who will be able to order the state armed forces to stop the secession, attack on the constitutional order, and integrity of the state.

Ademovic wonders how it is possible for someone to dare to discuss the reform of the Election Law at the time of the attack on our state.

“Shouldn’t our officials think about how to defend the state and give answers to many unanswered questions? What if diplomatic and international activities do not bear fruit? What if Republika Srpska (RS) ignores High Representative (HR)‘s orders? Is it possible to engage the AFBiH? “Is this time to declare a state of emergency? Why don’t the Prosecutor’s Office of BiH and SIPA give any statement? What if paramilitary forces appear at checkpoints? What if RS bans SIPA officials from doing their job in RS?” Ademovic said.

He stressed that in 1992, everyone said that there would be no war, assured the citizens that they could sleep peacefully, that they were guarded by the army, and promised international intervention.

“What happened in the end? An arms embargo, genocide, ethnic cleansing, mass murder and torture, urbicide, general devastation. Now, moreover, they promise us nothing. Everyone is silent, but they want to discuss ‘legitimate representation’. Isn’t this a schizophrenic condition, ” explained Ademovic.

In the end, he concluded that we can best learn from history and that in this situation it does not send good messages.