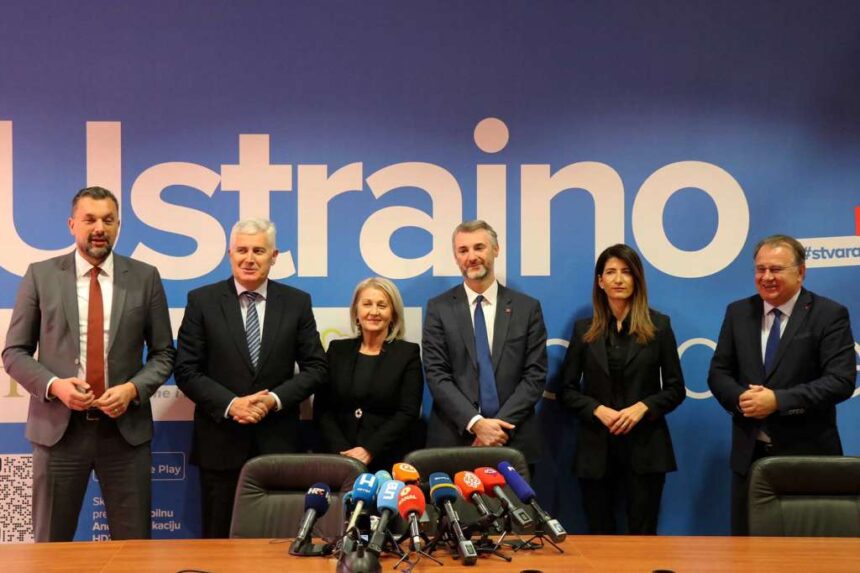 The first official talks of the HDZ BiH on the formation of the ruling majority with the representatives of eight political parties, led by the SDP, the People and Justice Party and Our Party, are going in the right direction, according to the participants of today’s meeting.

President of the HDZ BiH, Dragan Čović, told reporters that it seems to him “that today’s analysis of the election results shows that a quality majority can be formed when it comes to both the entity and state level”.

Čović asserted that the program basis is the key to everything, and it will be based on three units: Euro-Atlantic integration, rule of law and socioeconomic topics.

He pointed out that at this moment only the program basis and the coalition capacities of the interested parties are being discussed, while the division of departments and staffing are not on the table.

He added that talks about possible cooperation are continuing, so a meeting with SNDS representatives is scheduled for Monday. When asked by a journalist whether he had spoken with SDA president Bakir Izetbegović, Čović replied that he had not and added that there were contacts at lower levels.

President of SDP BiH, Nermin Nikšić, was also optimistic and said that the conversation had been open and honest so far.

He said they discussed that the focus of the future ruling majority must be a program based on three themes: Euro-Atlantic integration, the rule of law and economic and social reforms.

President of the People and Justice Party Elmedin Konaković followed up on that topic, saying that the solutions discussed in Neum were more extensive and of better quality.

“We talked about changes to the constitution and abolition of ethnic prefixes and the possibility of electing representatives of all peoples in the territory of BiH. If there had been political will and courage of the leaders, the state of Bosnia and Herzegovina and all its citizens could have had more concrete solutions,” said Konaković.

All the participants in today’s talks pointed out that the talks are continuing with all other parties but that they will stick to the principles of the program, Fena news agency reports.

Ramiz Nukic, the man who collected the Bones of Srebrenica Genocide Victims, passed away
Next Article