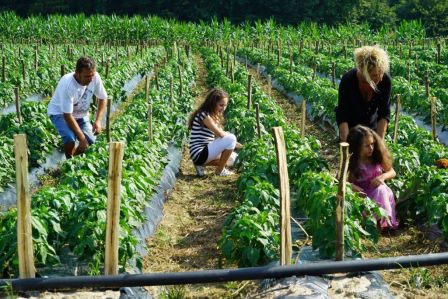 The optimal term for the large sowing of wheat, which will be the most expensive and most uncertain this year due to the large increase in all production costs.

The price of fertilizer has increased by as much as 400 percent in the last few months, and the situation is no better with fuel, which is the largest item in production.

“Prices are skyrocketing,” farmers say. At the time of the great autumn sowing. Enormous increases in the prices of all production inputs called into question the production of bread grain. Sowing is just coming to an end, but due to the impossibility of applying all agrotechnical means, it is already known, say the farmers, that the quality and yield in the spring, when harvest time begins, will not be satisfactory.

“In my opinion, the biggest expense is artificial fertilizer, which is unbelievable! I was buying a MAP of 220 marks, and it is 3.30-3.40 BAM, which means that 500 BAM, or even 1,000, must be poured every morning in the sowing. There is a subsidy of 50 pfennigs per liter, but most of us spent it long ago”, says Boško Radić, president of the Association of Agricultural Producers of the village of Semberija.

It is planned that about 14,000 hectares will be sown under bread grain in Semberija. The incentives of the relevant ministry for this type of production have so far amounted to about 300 BAM per hectare of wheat sown.

“The announcements are that for this autumn sowing, i.e. the next incentive will amount to 500 BAM per hectare. In addition, registered agricultural producers also receive regressed fuel, which applies to all areas at their disposal – not only for sowing wheat, but also other crops”, points out Radmila Nešković, senior expert associate for arable and vegetable farming in the RS Ministry of Agriculture.

In recent months, farmers have been asking the Ministry of Agriculture for concrete help for the damages they suffered due to the drought, but the authorities did not listen. They also expect support for part of the costs of autumn sowing, which depends on whether we will have enough domestic bread grain for our own needs in the spring.

Producers were previously promised by the Government of RS that the budget for the new agricultural year will be increased from the current 75 to 180 million BAM.

“Relying on that, we will ask for various increases, and this primarily refers to the fuel rebate, because fuel is 3.50 KM, and we get 50 pfennigs. These are not small, but symbolic funds,” emphasizes Radić.

A large number of farmers, say the Sember associations, have decided to shut down production due to unprofitability. Production is getting more expensive every year, and the purchase price of the product is getting lower.

“Producers who have large areas and large incentives will survive, and small producers from five to twenty dulums have no future because the policy itself is such, the system is such that they cannot survive,” says Rade Jovičević, president of the RS vegetable growers’ association.

“We producers cannot even hope for higher prices, because there is no one to pay for it.” We are under pressure from neighboring countries, goods are arriving from Spain, Turkey, Albania and we cannot break through some market prices, no matter how much it costs”, says producer Mladen Lazić.

Due to uncontrolled imports, after this year’s harvest, a large part of the wheat was left that local farmers were unable to sell. By all accounts, it will end up as animal feed, considering that recently, due to the increase in energy prices, but also the lack of animal feed caused by the drought, a large number of farms in the Semberija area are threatened with closure.

What are the total Costs for Environmental Protection of the Industry Sector in BiH?
Next Article 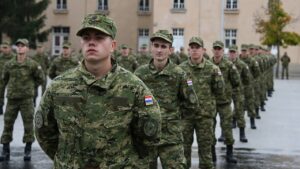