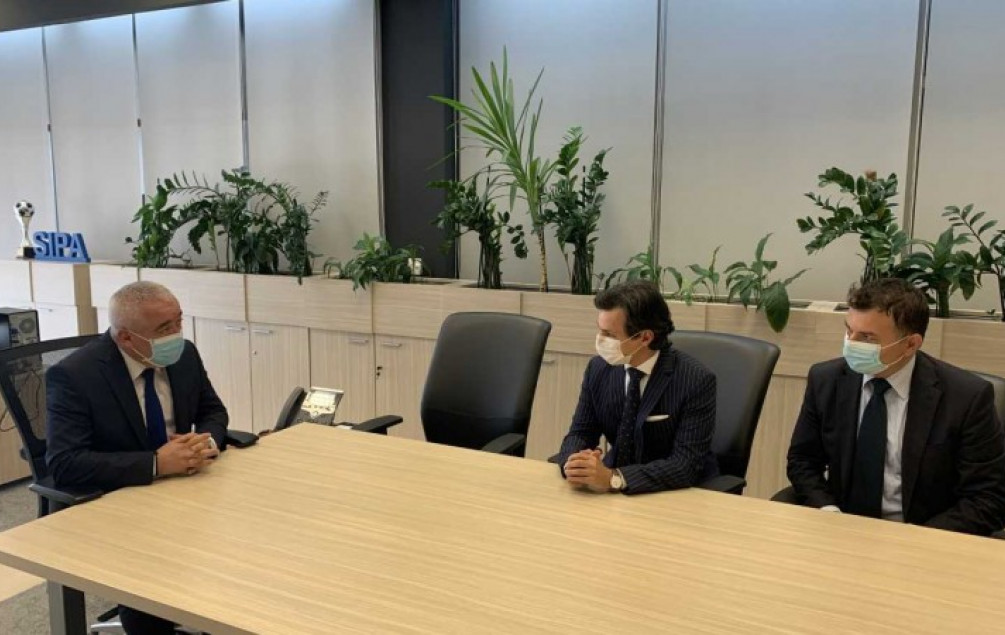 Italian Ambassador to Bosnia and Herzegovina Nicola Minasi and a representative of the Italian Interpol Liaison Office for BiH visited the State Investigation and Protection Agency (SIPA) and met on Thursday with SIPA Director Darko Culum.

This is the first visit of the Italian Ambassador to SIPA since Darko Culum was appointed director, and interlocutors discussed SIPA’s activities in the fight against the most complex types of crime and future plans, as well as current security challenges in BiH and the world.

Minasi and Culum also discussed bilateral cooperation in areas of mutual interest, with special reference to the fight against terrorism as a global phenomenon.

Culum pointed out that SIPA’s priorities are the fight against terrorism, organized crime, and financial crime and corruption, as well as cooperation with partner agencies in the country and the region.

Minasi congratulated the director of SIPA on his appointment and wished him success in his work, and pointed out that in the past period, the cooperation with SIPA was extremely successful.

He added that SIPA has his support and that Italy will continue to be a partner of SIPA in the fight against all forms of crime and strengthening its overall capacity. The participants in the meeting expressed satisfaction with the successful cooperation so far and the belief that it will be continued and further improved in the coming period.