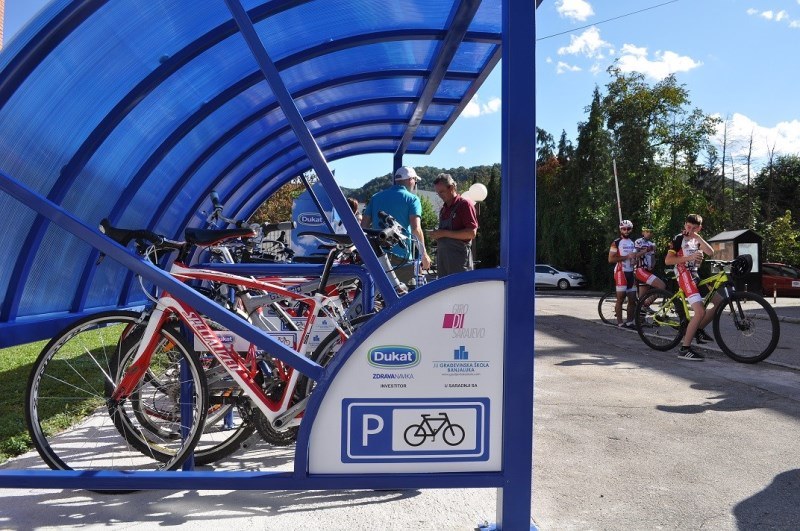 Credits for the bike parking, built after the model of positive engineering practices from other countries, go to the company Lactalis BH which financed the project launched at the initiative of the Association Giro di Sarajevo, with the support of the High Construction School from Banja Luka. Aim of the project is to improve bike traffic and health of citizens in this traditionally cycling city.

“Responsibility towards social community is an important segment of operations in the company Lactalis BH and this is another one in a series of activities with which we support good ideas, including recreational cycling in our country. Through the production of high quality and healthy dairy products, we strive to improve the health of our consumers, therefore we are interested in projects that cherish the same values and we happily join them,” stated the Head of Marketing in the company Lactalis BH Haris Kadenić.

The parking has the capacity for 10 bikes. It is covered, thus the bikes are entirely protected from unfavorable weather conditions. It also has the so-called A-stands, which are the best possible solution for bike disposal in public areas.

“This parking is special for its unusual construction shape and the first use of A-stands in Banja Luka. The advantage of these stands over the U-stands, which have been used previously, is easier disposal of children and women bikes. There is also a security label that contains simple, but useful instructions on protection measures, such as proper disposal and application of suitable locks,” emphasized Damir Margeta, associate for infrastructure in the Association Giro di Sarajevo, the author of the conceptual design, who designed the parking together with his team.

“Benefits of bike riding are multiple, starting from positive influence on health to the opportunity to see the natural beauties that we often do not pay attention to while using other means of transportation,” said Tarik Imamagić from Association Giro di Sarajevo. Together with several other cyclists, he rode a bike from Sarajevo to Banja Luka yesterday, and they were welcomed by local cyclists. They made a lap through the city together and end their cycling adventure at the new modern parking.

Significant support for the implementation of the project was provided by students and professors of the High Construction School from Banja Luka, whose team was led by Professor Mladen Milaković, a bike riding enthusiast and activist in the fight for provision of better conditions for the cyclists of Banja Luka. In the end, Milaković added: “Safe parking space for bikes is significant for all of us, the cyclists of Banja Luka, but it is also an additional stimulus to our citizens who intend to use bikes instead of cars and public transportation and thus responsibly treat their environment”.

Construction of a new, modern bike parking is one of the activities implemented under the European Mobility Week in Banja Luka. 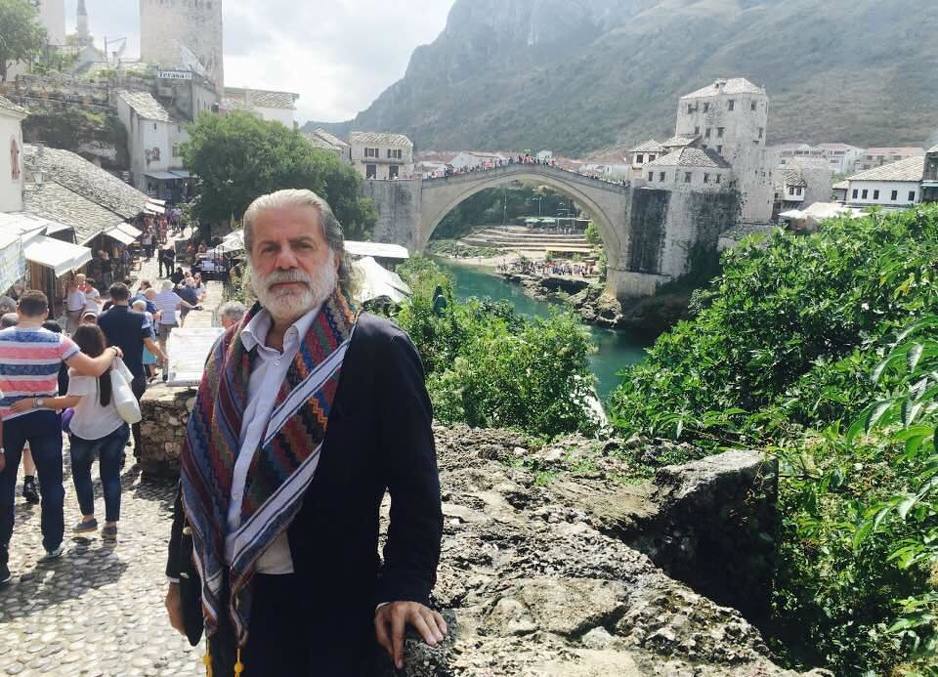