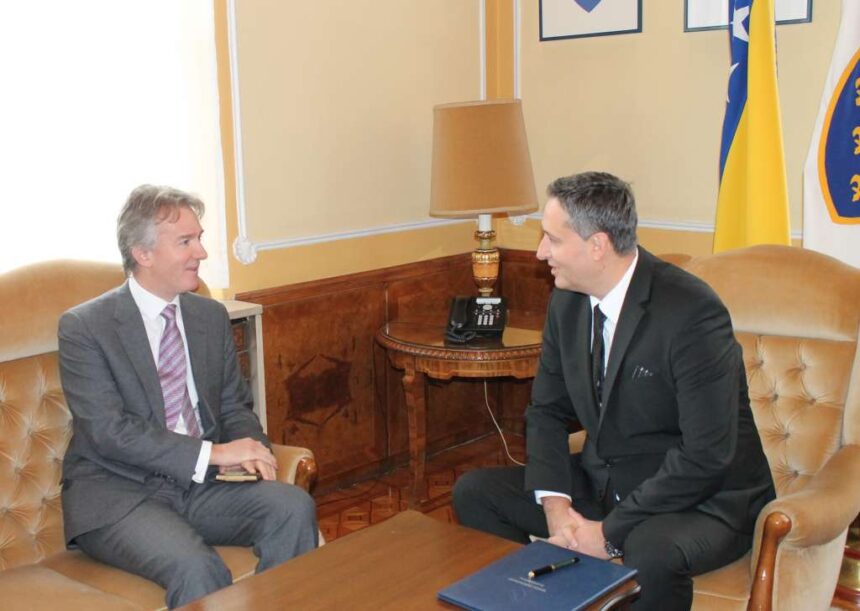 The officials pointed out that the United Kingdom of Great Britain and Northern Ireland remains committed to supporting the democracy, security and prosperity of Bosnia and Herzegovina.

When it comes to economic cooperation, BiH Presidency member Bećirović emphasized the need to strengthen direct British investments in our country. They also discussed a number of prepared agreements that the two countries should sign, as well as the possibilities of easing the visa regime of the United Kingdom towards Bosnia and Herzegovina. Certain forms of cooperation between the two countries were also discussed, on a bilateral and international level.

The interlocutors agreed that the two countries have good cooperation in the field of defense, but that there is potential for further deepening of relations in that segment as well. BiH Presidency member Bećirović thanked Ambassador Reilly for the great support of the United Kingdom to the Euro-Atlantic path of Bosnia and Herzegovina.

Mostar Airport records the Lowest Number of Passengers
Next Article