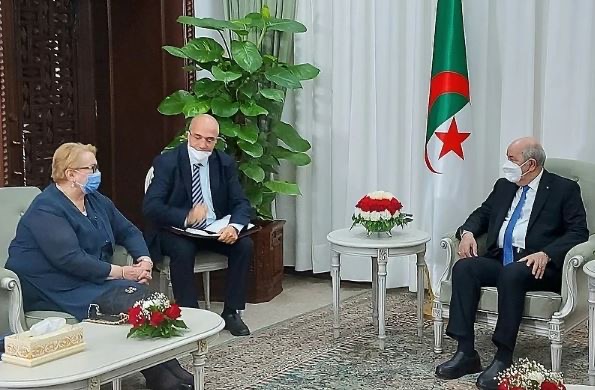 Minister Turkovic first held a tête-à-tête meeting with Minister Lamamra, followed by a meeting of the delegations of the two Ministries of Foreign Affairs, and with President Tebboune.

During the meetings with high officials of this friendly country, the decisions of the Presidency of BiH and the Government of Algeria on the mutual opening of embassies were welcomed, and it was stressed that the opening of diplomatic missions will be an additional incentive to develop and strengthen overall relations.

Turkovic invited the officials of this country to visit our country together with a delegation of businessmen, and special attention was paid to strengthening economic cooperation and trade.

Following the example of the business conference held in 2008, a new economic forum was proposed, and successful examples of cooperation were highlighted, such as the Energoinvest project in Algeria.

It was emphasized that the two countries have many opportunities for cooperation, among others, in the food, metal, wood, and dedicated industries, as well as in the field of tourism.

Since Algeria is one of the leading gas producers in the world, the future plans of this country when it comes to a possible increase in gas production and distribution to European countries were also discussed.

At the meeting of the delegations of the two ministries, opinions were exchanged on the agreements that are in different stages of harmonization, and the initiation of procedures for concluding new agreements between the two countries was initiated, Klix.ba writes.