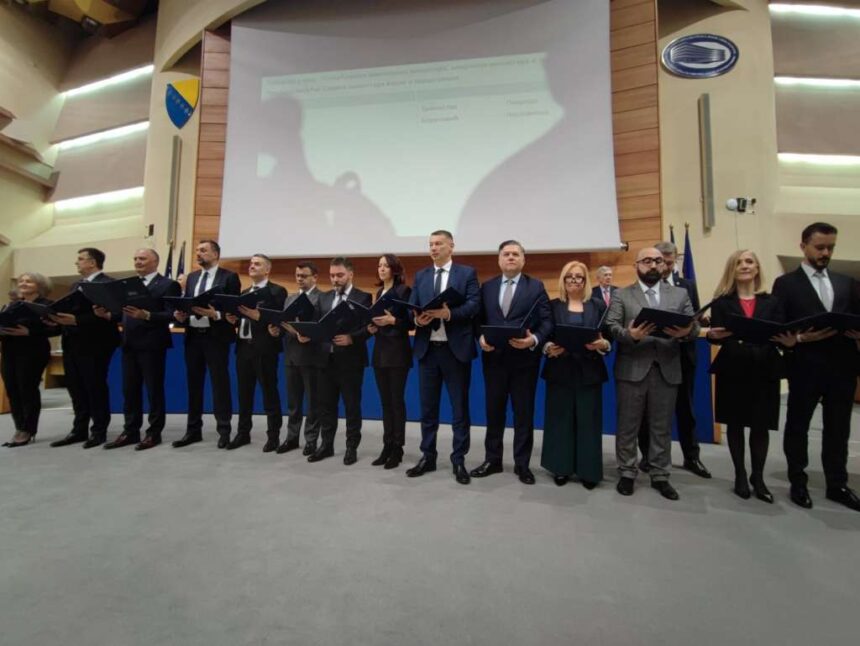 Of the 42 MPs present, 23 MPs voted “for” the confirmation of the appointment of the new convocation of the BiH Council of Ministers.

Appointed ministers and deputy ministers took a solemn oath after the vote.

In the next four years, the head of the Ministry of Foreign Affairs of Bosnia and Herzegovina will be the leader of the People and Justice Party Elmedin Konaković, and his deputy will be Josip Brkić, who also held this position in the previous mandate.

The State Minister of Finance and Treasury will be Zoran Tegeltija, who was the chairman of the Council of Ministers of Bosnia and Herzegovina in the previous convocation. Deputy Minister will be Muhamed Hasanović.

The department of foreign trade and economic relations will be headed by Staša Košarac (SNSD), who has been the head of that ministry until now. The Deputy Minister will be Ljiljana Lovrić.

Davor Bunoza (HDZ BiH) is the new minister of justice of Bosnia and Herzegovina, and the deputy minister will be Elvir Mahmuzić.

The President of Our Party, Edin Forto, who until now held the position of Prime Minister of the Sarajevo Canton, will take over the Department of Communications and Transport in the Council of Ministers of Bosnia and Herzegovina, while the Deputy Minister will be Ognjen Janjić.

The new minister of civil affairs is Dubravka Bošnjak (HDZ BiH), and Marijana Mojić is the deputy minister in this department.

Nenad Nešić (DNS) will head the Ministry of Security, while Ivica Bošnjak will be his deputy.

Zukan Helez (SDP BiH) will lead the Ministry of Defense of BiH for the next four years, and his two deputies are Aleksandar Goganović and Slaven Galić.

Sevlid Hurtić (BH Greens) is the new minister for human rights and refugees, while the deputy minister will be Duška Jurišić.

The Chairperson of the BiH Council of Ministers, Borjana Krišto, has appointed ministers Zoran Tegeltija and Zukan Helez as her deputies. 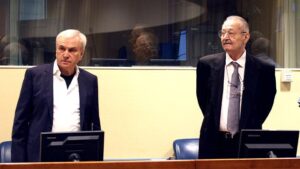