Deputy Minister of Foreign Affairs of BiH Ana Trišić Babić said that the engagement of 26 new units of International Security Assistance Force – ISAF sends a strong signal that BiH is determined to help the reconstruction of Afghanistan.

She said that the engagement of 26 new units show that BiH is ready to assist in peace-keeping processes in other regions of the World.

”This is the first time that military units from BiH are being engaged as a part of ISAF, which shows that AF BiH have reached high standards, which are necessary for similar missions”, said Trišić-Babić

Trišić added, that it very important that NATO has recognised that ability of BiH, and by allowing BiH to participate in ISAF missions shows that NATO thinks that BiH units are equal to them. 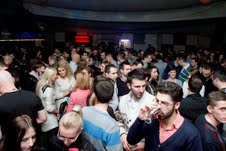