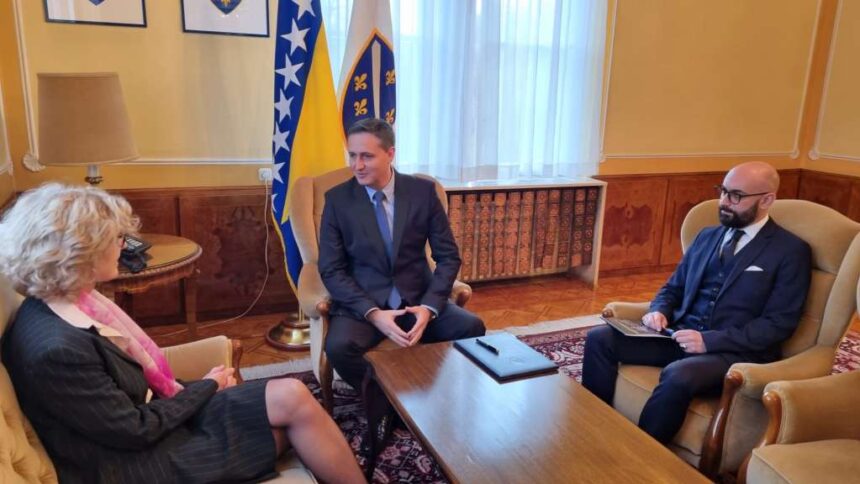 At the meeting, it was stated that there are no open issues between the two countries, and mutual interest in intensifying political, institutional and economic cooperation was expressed.

At the meeting, the two officials agreed that there are no open issues between the two countries while underlining the mutual interest in intensifying political, institutional and economic cooperation.

Bećirović thanked Ambassador Hartmann for Austria’s strong support for the granting of candidate status to Bosnia and Herzegovina for membership in the European Union.

He also welcomed the very important role of the Republic of Austria in terms of the internal stability and security of Bosnia and Herzegovina through the participation of the Austrian contingent in the EUFOR ALTHEA Mission.

Ambassador Hartmann stated that the Republic of Austria will continue to support Bosnia and Herzegovina’s accelerated path to membership in the European Union, said the BiH Presidency.