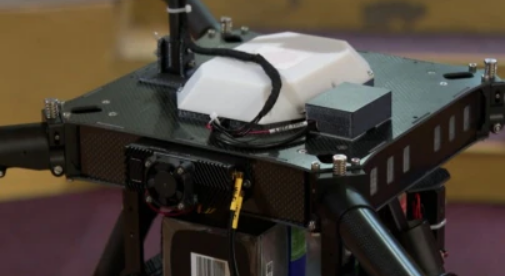 The first drones produced in Bosnia and Herzegovina (BiH) were developed by the brains and hands of the employees of the Center for Advanced Technologies Sarajevo. They want to hand over the prototypes to public institutions, and they hope for mass production based on domestic ingenuity. Do you know how they differ from commercial drones?

Helping firefighters in monitoring fire, raising fire alert, or carrying tanks is only a part of what the first drone produced in BiH can do.

They are made for very specific needs, in this case, Civil Protection‘s needs.

Achievements of BiH intelligence are already presented in schools, which is the goal of the Center for Advanced Technologies Sarajevo.

Young people should be directed towards research and development. And the development has been going on for 4 years in the rented premises of the Faculty of Mechanical Engineering in Sarajevo.

The director of the Center stated that the BiH drone does not come with factory restrictions, unlike commercial, mostly Chinese-made ones.

For prototypes, they use the highest quality components and create software.

“As for the production itself, the development, the design, everything is ours, BiH’s brain, so to speak. Approximately its net price is somewhere around 10.000 BAM (with material and everything else), ” noted Ensar Mulaosmanovic, director of the Center for Advanced Technologies Sarajevo.

He added that they had no intention of selling it yet, since they are an institution and do not have the possibility of selling, but are more of a support.

Semir, one of the employees, explained that the structure, engine, capacity, and additional parts depend on the function of the drone.

In order to assemble a functional prototype, after purchasing the parts, they need seven to ten days and the help of external collaborators, professors of various branches of applied sciences, Radio Slobodna Evropa reports.