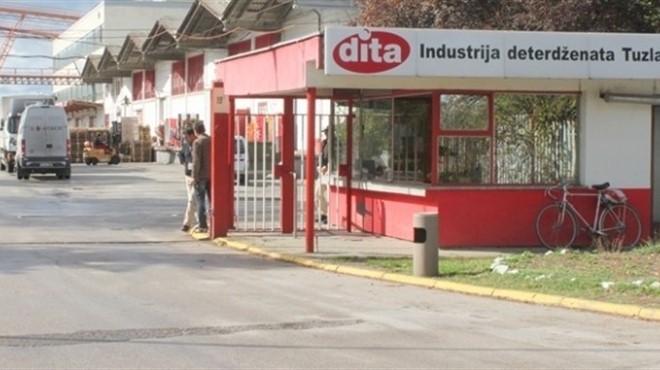 Detergent Factory Dita from Tuzla was finally sold to the company Bingo!

The sale was carried out by the system of free contract, and the committee of creditors’ of Dita, which is in bankruptcy, made a decision that was accepted by the Municipal Court in Tuzla.

“The committee of creditors’ accepted the offer of the company Bingo Ltd. in the amount of 7,673,000 BAM. With this purchase, Bingo promised to keep all 75 workers who are currently working in the factory and to continue with the production,” said Almir Bajric, Head of the Economic and Financial Service of Dita.

With the money from the sale, the full length of working experience of workers in Dita will be counted, confirmed Bajric, including those who are currently working, as well as those who are no longer working in this factory of detergents.

“There will be enough money to pay those in higher pay-grade by the Law on Bankruptcy of FBiH, and it also means that employees will get their 8 late salaries. Creditors such as banks Raiffeisen, Bora Banja Luka and Intesa Sanpaolo gave up on their part of claims in order to settle obligations to the Fund PIO / MIO,” stated Bajric.

He also added that for the rest of the paying grades in bankruptcy will remain between 200 and 300 000 BAM.

Before this one, there were seven public calls for the sale of Dita, but they all ended unsuccessfully.

In order for Bingo to take over the factory, it needs to pay the money, and the deadline for this is 30 days, and accept all the obligations from the contract.

The 29th International Book Fair started in Sarajevo
Next Article