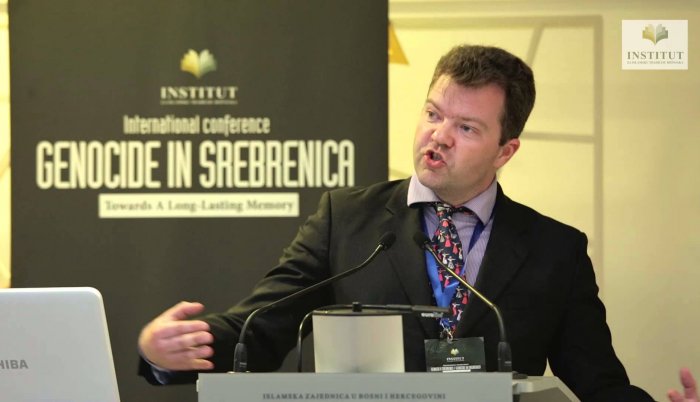 British historian Marko Attila Hoare (Attila) says that he thought that the sovereignty of BiH, 21 years after the Dayton Agreement, exists only on paper. He came up to this conclusion due to constant interference of Serbian officials in the internal affairs of BiH.

„Serbia’s political establishment formally respects the sovereignty of BiH, which was caused by their desire to achieve its goal, which is the membership in the EU. There is a legitimate fear that the Serbian respect for BiH is purely tactical, if we consider the fact that the nationalist narrative in this country led to a war in the early ’90’s,“ says Hoare.

This British historian noted that, on the other hand, the division of BiH to the entities and international presence are preventing this country to be sovereign and functional.

„Continued implementation of the Dayton suits only Serbian nationalist program because it promotes the disintegration of BiH in the long run,“ said Hoare.

He stated that “Dayton 2” may not be realistic, since there cannot be any meaningful amendments to the Constitution without consensus in the country.

„There are only two realistic options. BiH will either continue to exist under the current dysfunctional Dayton order, in which the RS will become even more autonomous, or there will come to a new conflict in which the Dayton will be forcibly overthrown,“ says Hoare.

Different Kind of Student Dormitory to be opened in Mostar?
Next Article Bosnian at the forefront of innovation: Meet the Engineer Eddie Čustović
Leave a comment Leave a comment