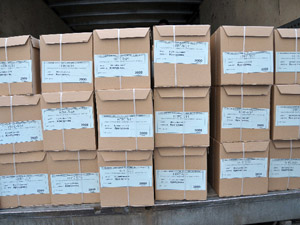 The Czech Republic, France and Greece are now on the amended list, while Australia, Canada, Hungary, the Republic of Finland, the Russian Federation and the United States are on the list.

”In the conditions of extremely difficult or interrupted postal traffic caused by the COVID-19 virus pandemic, as well as in the case of significantly difficult postal traffic with overseas countries, the voter may submit a return envelope to the Central Diplomatic Mission of Bosnia and Herzegovina in a special an envelope containing the postmark of the country from which the vote is taken, with the date on the postmark no later than 15.11.2020. that is, for voters who vote for the City Council of the City of Mostar from those countries on December 20 year,” stated from the CEC.