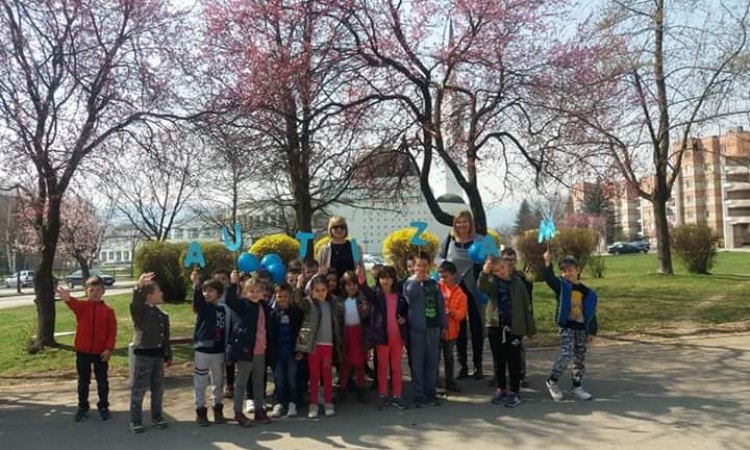 Walking towards the central city square, children of the Center for Preschool Education in Bugojno marked the 2nd April, the World Autism Awareness Day.

“Thirty girls and boys of the older group participated in the walk. On that occasion, blue balloons were released in the air, symbolizing children and adults with autism,” director of this preschool Bahra Zukic told Fena.

She points out that this is one of the planned activities of this center for 2019 and that in the next period, they will organize similar activities.

The preparations for marking the 7th of April, World Health Day are underway, Zukic emphasized.

Since 2007, the World Autism Awareness Day is marked every year on April 2 in BiH, drawing the attention on the increasing number of people diagnosed with autism.

People that are diagnosed with autism, a particular neurobiological disorder, are characterized by social-interaction difficulties, communication challenges and a tendency to engage in repetitive behaviors.