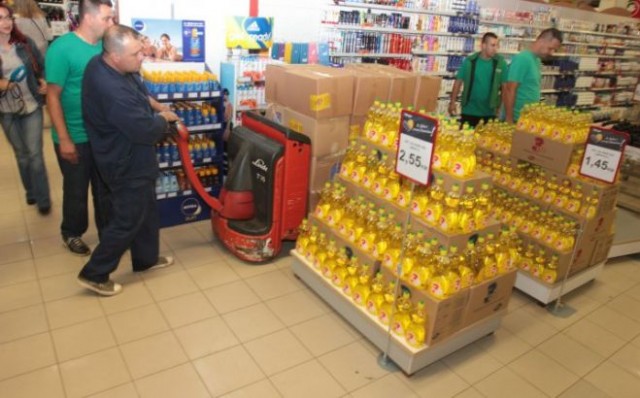 Support to the new media campaign for detergent factory Dita from Tuzla coming from all sides, and the products of Dita on domestic shelves are more recognizable than ever. Dita has been operating in bankruptcy for over a year, and they have no income planned for commercials, as written by Oslobodjenje.

“At this point, we have dozens of e-mails with specific offers for advertising. Through this campaign, we agreed 15 billboard-advertisings all across the country, which will be posted soon. Our costs are minimal so that the community really showed their willingness to help, said Almir Bajric, Deputy Trustee in Dita.

“It’s all connected to each other. This is a clear indication that we have recognizable products, and we have a place in the domestic market. This is why people who once expressed interest in buying Dita contacted us and they are now interested in the progress that we made, said Bajric.

After this campaign, workers in Dita expect increased demand for products, which should increase the profit, which, according to Bajric, Dita plans to invest in the production process and thus permanently affect the position of Dita in the market, and will increase its value, which would be directly affected by the sale of Dita. The price of Dita in bankruptcy is about 13 million BAM.

BiH and Montenegro to be connected with New Roads soon?
Next Article