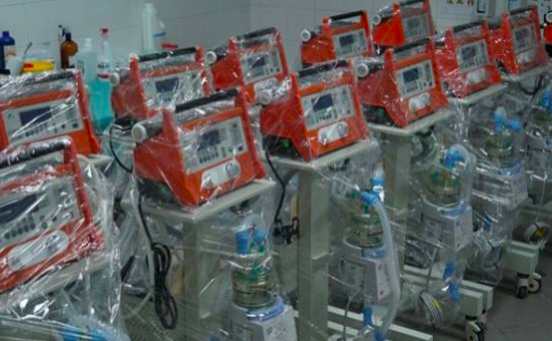 The Federal Department of Civil Protection (in Bosnian FUCZ) yesterday signed a new contract with the company Verlab for the verification of 100 respirators imported by ”Srebrena Malina” last year, Klix.ba writes.

The contract was signed after a repeated tender, which was published after the first contract expired.

It should be reminded that 80 respirators arrived in Bosnia and Herzegovina (BiH) in April last year, and the remaining 20 were delivered afterward. Meanwhile, almost all respirators have been distributed to health facilities, but none are operational because the verification process has not been implemented.

“FUCZ has completed the public procurement procedure for the services of legal verification of ACM 812 A respirators manufactured by Beijing Aerospace Changfeng. Following the Decision on the selection of the most favorable bidder, a service contract was concluded yesterday with the Verlab verification laboratory, ” it was said from FUCZ.

Verlab was the only company to apply for the tender, and the contract was signed after the expiration of the appeal deadline.

To recall, in the meantime, the trial has started at the Court of BiH due to the suspicion that the law was violated during the import of mentioned respirators.

All the accused in the “Respirators” case: Fadil Novalic, Fahrudin Solak, Fikret Hodzic, Jelka Milicevic, as well as the legal entity ”Srebrena Malina”, pleaded not guilty on January 29th this year.

How effective is the AstraZeneca/Oxford Vaccine?
Next Article