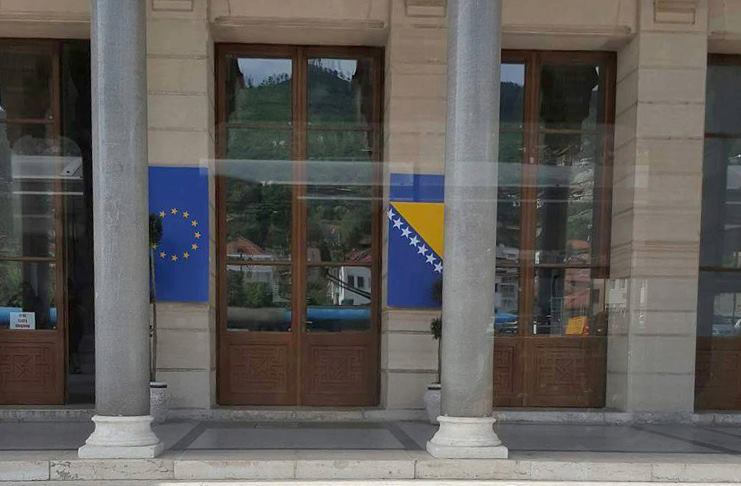 Last weekend echoed the news that the Serbian delegation, which was visiting BiH, was bothered by words on the memorial plaques at the entrance to the City Hall, so they requested for it to be covered.

As it was announced: “The representatives of Serbia, who stayed in the capital of BiH on the occasion of the Summit 100 and Summit Brdo-Brijuni, conditioned their entrance to the building of the City Hall with covering of memorial plaques, which testify the truth about urbicides that were committed in the capital city by Serbian criminals.”

“Precisely these two words ‘Serbian criminals’ bothered them, although they perfectly know that this is true. Someone, whether from the City Administration of Sarajevo or the protocol of the Presidency of BiH, ordered covering of two memorial plaques with flags of the EU and BiH,” as reported by the media.

To recall, on the plaque was written: “On this place in the night of 25/26 of August 1992, Serbian criminals burned the National and University library of BiH. More than 2 million books, magazines and documents was lost in the flames. Do not forget, remember and warn.”

But, what actually happened?

In the City Hall, Admir Dedovic is the person who coordinates the maintenance of the object. He said that no delegation, including the one from Serbia, was not announced for Sunday. He asked cashier and other employees – but no one had any information about the delegation from Serbia or covering of the plaques.

Deputy Mayor of Sarajevo Abdulah Skaka, who hosted a reception at the City Hall for the participants of the Summit 100 on Friday, said: “I have nothing to do with it and I do not know why my name is mentioned in that context”.

Plaques were not covered on Friday, he claims that they were not covered on Sunday either, and reveals that the visiting of Serbian delegation to the City Hall was not registered in any protocol of any state institution from the Presidency to the Ministry of Foreign Affairs of BiH.

Thus, it remained unclear which delegation visited the City Hall. Who was responsible for it and who ordered covering of the plaques – if it ever happened after all. In any case, the public rightly expects either denial or disclosure of the details of this situation, either from the Presidency or the City Administration of Sarajevo. 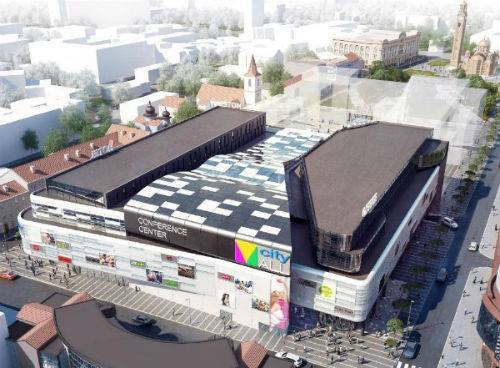 Construction of the largest Shopping Center in Banja Luka starts
Next Article What will the Weather be like in early June?
Leave a comment Leave a comment