Two days before High Representative Christian Schmidt will impose technical changes to the Electoral Law of Bosnia and Herzegovina (BiH), Dragan Covic supported him in his efforts to impose decisions that will benefit the HDZ. Support was provided by the entire Croatian Government headed by Andrej Plenkovic.

“What we have today, at least as far as I know, when it comes to the potential intention to impose certain decisions, the decisions will go in the direction of ensuring a democratic procedure and that after the elections the results can be applied, so that by the end of the year the opportunity to obtain candidate status for membership in the European Union (EU) could be used,” toldCovic in the company of Plenkovic.

Immediately afterward, the president of the HDZ of the Republic of Croatia and the Prime Minister of Croatia, Andrej Plenkovic, said that, according to what he saw, official Zagreb supports the plan of High Representative Christian Schmidt to impose changes to the BiH Election Law.

“As for the content, only he knows it in detail. But by what we saw, we realized that it was a constructive proposal,” he said.

Two days after the decision of High Representative Christian Schmidt, Dragan Covic, together with his colleagues in HDZ and Croatian National Assembly (HNS), will make a conclusion in which he “expresses strong dissatisfaction with the imposed decisions of the High Representative for BiH on amendments to the BiH Election Law” because they are not according to their will, that is, they say that they are not following the decision of the Constitutional Court of BiH in the Ljubic case.

Covic‘s HNS states in a statement that the use of Bonn powers does not correspond to democratic principles, although they previously supported Schmidt to impose what was in favor of the HDZ.

Although the high representative imposed technical changes to the law that will enable greater transparency of the election process, HNS does not agree with that either and says that the Central Election Commission (CEC) will receive greater powers “which enables abuses and the making of politically motivated decisions”.

And finally, the latest idea of ​​the parties brought together by Dragan Covic is the idea of ​​”expelling” the Office of the High Representative (OHR) from the capital of BiH.

“We call for an urgent consideration of the transfer of the central OHR from Sarajevo to Brussels in order to protect the safety and independence of the High Representative and free him from political influence,” they stated.

And who exerts political influence and lobbies on all sides is best expressed by the statement of Plenkovic, who boasted that he is most deserving of continuously “raising” the issue of BiHto the surface in the EU institutions for six years and advocating interventions in the electoral law in favor of the idea advocated by the president of his sister party in BiH.

Also, what can be noticed is that the parties gathered around HNS are starting to fabricate topics about alleged hatred and violence and calls for murder!? Thus, individual outbursts on social networks are planned, through their media, and presented as the attitude of an entire constituent nation.

But the fact is that the representative of Dragan Covic spoke at the meeting with Christian Schmidt about “possible violence in the south of the country” if the amendments to the Election Law of BiH are not made according to HDZ’s will. Predrag Kojovic(Nasa stranka – Our Party), who attended the meetings, confirmed this in an interview.

At the same time, the HNS announces the continuation of activities aimed at the “territorial reorganization of BiH”, Klix.ba writes. 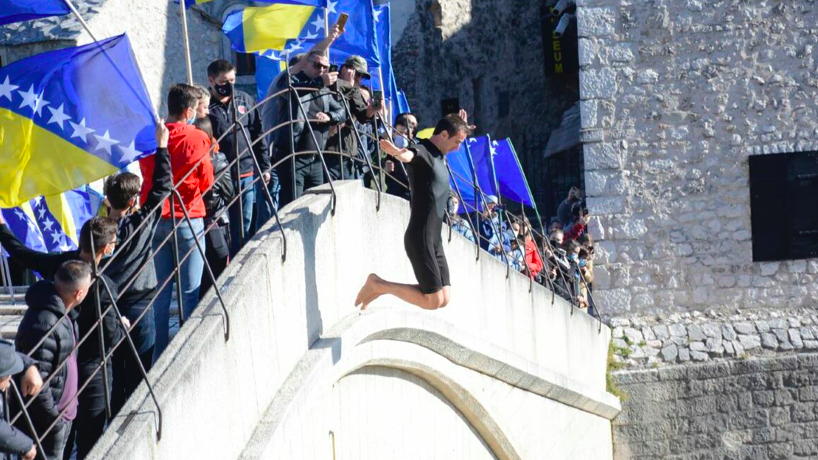