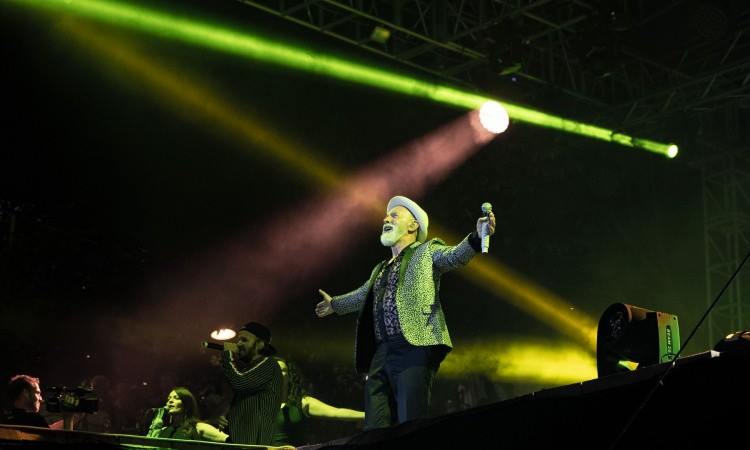 After thousands of people sang together the legendary song dedicated to the town on Neretva River at the concert, a spectacle with three jumps from the Old Bridge with attractive torches was performed. After that, Dino sang his famous “Lazu me” and then the fireworks started.

We have seen many people who passed thousands of kilometers to come to this concert, both our diaspora and Dino’s fans from all over the world. There were also people from Sarajevo, Zenica, Gradacac, Tesanj, Makarska, Split, Vienna, Sydney…

Thousands of fans beneath the Old Bridge waited for the song that Dino Merlin specifically announced, the song dedicated to Mostar. The lyrics of famous “Mostarska” started at the very end of the concert.

The concert that was waited for eighteen years brought a lot of positive emotions, and the audience sang all of the songs together with their favourite star. He opened the concert with the lyrics of the song “Hotel Nacional”.

Plato under the Old Bridge has the capacity of 6,000 visitors, which was too small space for everyone who wanted to attend this great concert.

The concert was part of the festival “Mostar Summer 2018”, which was organized by the concert organization Stage Art.