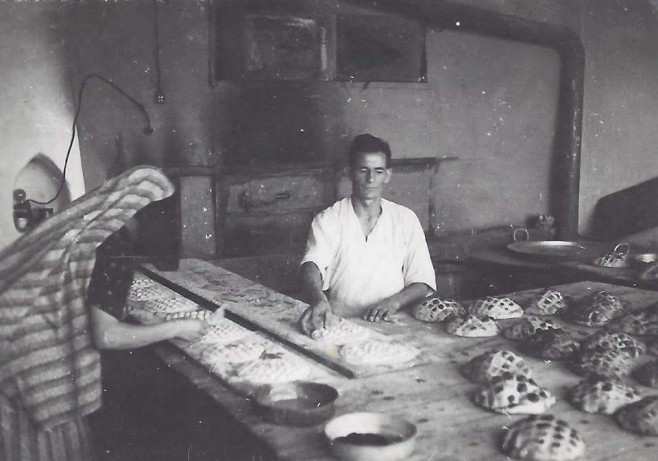 In addition to being served with cevapi (kebabs), the somun today is an iconic Sarajevo Ramadan pastry, which is served during every Iftar – the evening meal that breaks the daily Ramadan fast for Muslims. However, many do not know how exactly the somun was created, and how it received its name.

When the Ottoman Governor, Gazi Husrev Bey, came to Sarajevo in 1521, he ordered the construction of the musafirhana (guest house) in order for travelers to rest during their trips, and the imaret (public  kitchen), which was used to feed certain people of the public free of charge. The Imaret was so well-equipped that besides feeding the poor and travelers, members of the upper class began to eat there too. Occasionally, even Gazi Husrev Bey himself enjoyed domestic specialties at the Imaret.

“The somun was first made by Gazi Husrev Bey’s intendant (the main person for the supply of an army). Gazi Husrev Bey tasked his intendant – for the needs of the Imaret – to create a special pastry that would be tasty, simple, and quickly made. The intendant used a Turkish recipe with a few adjustments“, said Mufid Garibija, architect and expert on the history of Sarajevo.

Garibija added that Gazi Husrev Bey’s intendant was of Turkish origin, and his surname was Somun, which would become the name for this newly created Sarajevo pastry.

“The intendant that made the somun also designed an interesting pattern on it that reminded people of musebak – a wooden grid at a window in an old Muslim house. The somun is special because of black seeds. The intendant put a black seed because of the recommendation of Muhammad s.a.w.s., who emphasized that it is healthy and brings bereket (happiness and satisfaction) “, emphasized Garibija.

No one knows exactly why, but it is customary for the somun to be made by men, and only men. Once ready, the somun is baked in less than two minutes at 500 degrees in a wood burning stove.

Although the somun was originally intended to be eaten by the poor and travelers, it soon became a universal pastry, which was enjoyed by all, especially Gazi Husrev Bey. Since then, the somun has been known as a Sarajevo specialty, without which it is impossible to begin Iftar or some traditional Bosnian meals.

The displayed photograph is from the collection of the Historical Archive of Sarajevo showing how somuns were made for Ramadan in 1905.