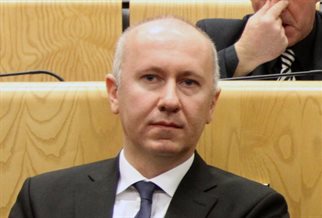 The Vice President of the Federation of Bosnia and Herzegovina (FBiH), Milan Dunovic, believes that BiH is in the biggest political post-war crisis, and states that “individuals are rattling with swords and trying to tell us that we do not know how to live together.”

”Despite the fact that the citizens are living in a more difficult situation, nationalist themes, themes of division, fear, and overemphasis on every possible difference and exclusivity are emerging again. Milorad Dodik, who has usurped the position of a member of the Presidency of BiH, which he does not respect and for which he increasingly publicly says he does not like it, announces a “spectacular celebration on January 9th“. Announcing the celebration of an unconstitutional date, he is in fact publicly announcing the overthrow of the state of BiH, ” Dunovic pointed out in a press release.

Not wanting to go further into the negative consequences of marking this date, thinking that for every Bosnian and Herzegovinian, and well-meaning people from the neighborhood, everything is completely clear related to this date, he called on the media not to share a single sentence, video or any information “which has to do with the shameful celebration of an unconstitutional date.”

”I call on the media to determine whether they will understand this call of mine as an invitation to awaken the consciousness of BiH, or whether it is more important to them what Dodik has to say, and so they will give him importance.

As a Serb, who loves BiH and who has dedicated his political career to improving the lives of all BiH citizens, I ask you – is this call important to you and what will you do about it? And no, this is not an interference in anyone’s editorial policy; this is a request, an appeal to help the citizens of this afflicted country in the fight against all the destructive factors and promoters of the bloody policies of the 1990s. The media is a powerful democratic weapon and can help in the fight against the growing attacks on the constitutional order of our state. Please, never forget that,” Dunovic explained, as it was announced from his Cabinet.