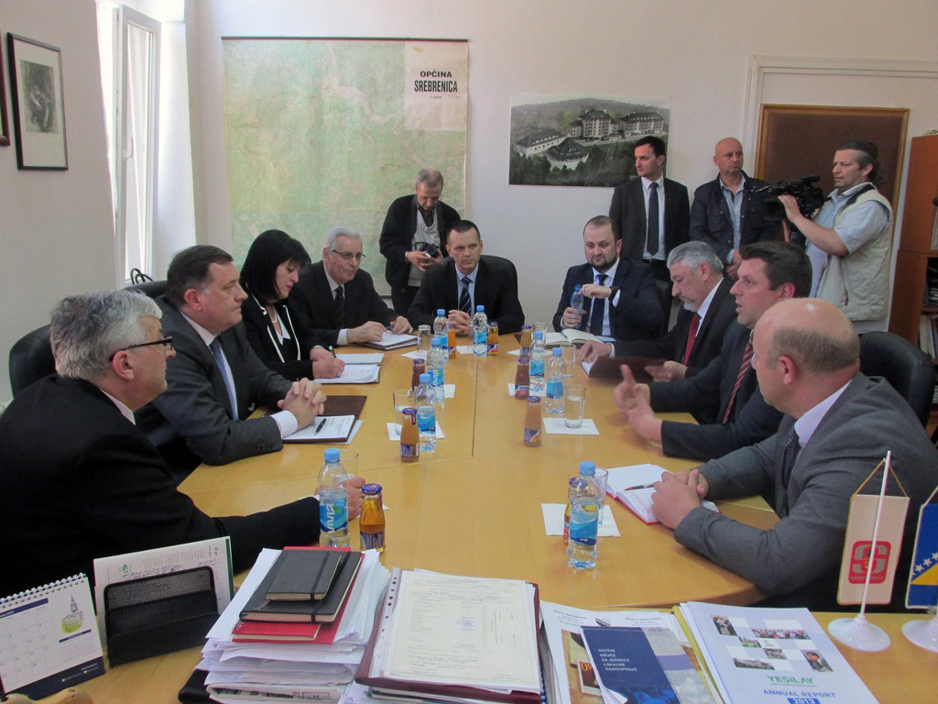 “Yesterday’s visit of Milorad Dodik and paying tribute to victims of the genocide in Srebrenica was not the exercise of political muscles“, as said Camil Durakovic, the Chief of the Municipality Srebrenica who welcomed yesterday Milorad Dodik, president of the RS, in his first visit to Srebrenica.

Durakovic considers that yesterday’s arrival of the politician who, so far, only denied the genocide in Srebrenica, is actually “a human decision to change the current political course“.

As he emphasized, after paying tribute to victims in Potocari, the meeting that he held with Dodik, and three ministers in the Government of RS as well, was very useful and should give its results.

“We talked about the economic situation in Srebrenica which is, regardless to claims that it is unnecessary, a big thing for us. Dodik is a pragmatic man, he asked us how he can help us. We listed the whole series of proposals and got a concrete help“, said Durakovic.

At the end, it was agreed that it is necessary to jointly change something in Srebrenica, and in the sense of helping, the building of new production capacities.