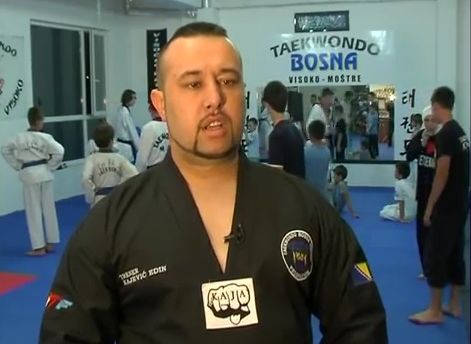 A night of breaking and setting Guinness and World records was held in Visoko as part of the national taekwondo championship of B&H, where 713 competitors participated, which was the highest number of participants ever.

The record holder for the most coconuts smashed with an elbow in one minute, Edin Kajević, stole the spotlight once again. Famous Kaja broke the World record in breaking 62 drink cans. The previous record was 41 broken cans.

Kaja’s students Belmin Osmanbegović and Velid Kajević were phenomenal at the “Mladost” sport hall in Visoko. Osmanbegović is a new Guinness record holder in breaking 15 siporex blocks with his head doing a specific kind of forward roll. Belmin set the new record in 27 seconds.

Velid Kajević also broke the record in smashing solid objects after jumping over 17 people lying on floor next to each other.

The organizer of this event was the taekwondo collective in Bosnia.