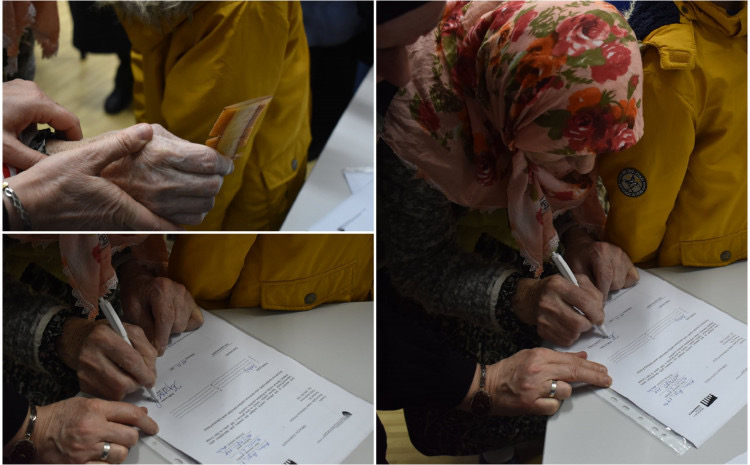 The Srebrenica Memorial Center published on its Facebook page the shocking life story of Fatima Hrnjic, whose comb is the only surviving memory of life under siege.

She donated a comb to the Srebrenica Memorial Center, which has been collecting items from families who survived the aggression on Bosnia and Herzegovina (BiH) for some time.

According to the text, Fatima Hrnjic was born in 1940 in Kostjerevo, while before the war she lived with her husband Abid in the village of Glodi near Zvornik. She gave birth to six children, one of whom died shortly after birth.

”When the war started, my daughter and son, Mina and Smail, were already living in Switzerland, while the other daughter Hasiba and her husband managed to escape from Vlasenica to Tuzla, and my husband Abid was receiving treatment in Tuzla. I, along with other children, Zlata and Ramo, experienced the war in Glodi, ” explained mother Fatima.

As early as 1992, her husband Abid passed away, and shortly after his funeral, the Republika Srpska (RS) army began to occupy the village. After the fall of Glodi, mother Fatima and her two children managed to reach the Udrc mountain through the forest, from where she came to the village of Rasevo. However, a few months later, Rasevo fell and the population decided to go to Srebrenica. Fatima welcomed the fall of Srebrenica with her daughter Zlata, while her son Ramo left for Tuzla in 1993 with a UNHCR convoy.

Fleeing the aggressors from Glodi, in the fight for her own life, Fatima managed to bring only some basic things, among which there was a comb that she and her daughter used during their stay in Srebrenica. It was also the only item she managed to preserve. For Fatima, it had sentimental value because it told a special story about life in Glodi, about family and life under siege in Srebrenica.

In a conversation with her daughter, it was found out that it was very difficult for her to suggest to her mother that she donatesthe comb to the Srebrenica Memorial Center, knowing that they bought her many of the same and different combs, but she would always use only that.

Still, she decided to donate it to the Srebrenica Memorial Center, wanting the story she tells, the memory of life in besieged Srebrenica and those killed in the genocide, not to remain within four walls but to be accessible to the wider community.

”We thank mother Fatima Hrnjic for the donated object and the trust she has in the team of the Memorial Center, ” it was mentioned in the announcement.