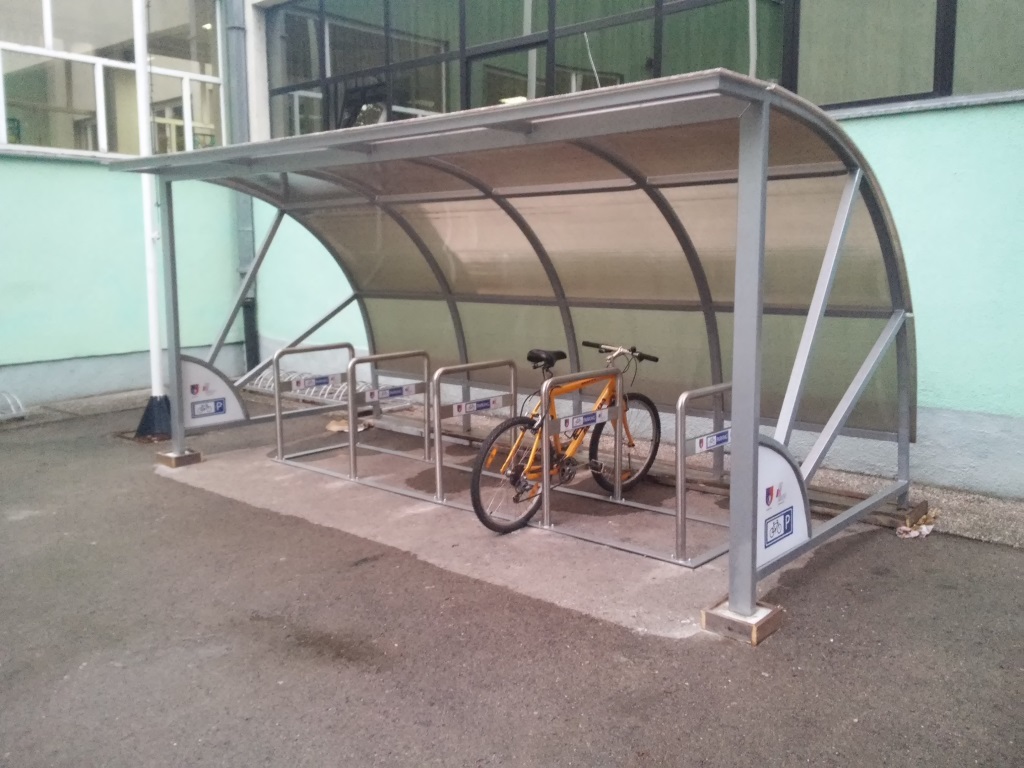 [wzslider autoplay=”true”]The first covered parking lot for bikes in Sarajevo was built in the courtyard of the Third Gymnasium.

Students rode their bikes today from Nedžarići to Vilsonovo šetalište as the final activity of the project titled “Promoting and improving the use of bicycles as public transport in Canton Sarajevo”, announced the Minister for education, Science and youth Elvir Kazazović at a press conference.

“The bikers gathered at 10:30 am in Nedžarići at the Student Center where they were given T-shirts. The start was scheduled for 11:00 am and finished at the Third Gymnasium, around 11:45 am, where the first parking lot for bikes was presented” said Minister Kazazović.

Damir Margeta, a traffic engineer who is a member of the Working Group and the Giro di Sarajevo is the designer of the first covered parking lot for bikes in Sarajevo which was funded by the Ministry of Education of the Sarajevo Canton. Margeta also proposed the appropriate location for the installation.

“We have proposed this school because of its superior traffic situation in the most important cycling corridor, and the possibility that students and school staff can use the parking lot. It’s important that a lot of people from Sarajevo have the chance to see and learn about this cycling infrastructure, seeing as it will have a direct impact on raising awareness among citizens about the bicycle as a means of transport.” said Marge for Klix.ba.

The parking lot has the capacity for 10 bikes and consists of a complex stand with 5 A-stands, the same ones that were first applied last year for the design and construction of parking for bikes at Čemaluša, and supporting canopies which protect bikes from adverse weather conditions, particularly rain.

“This parking lot is a novelty and a step forward in the design and construction of cycling infrastructure in Sarajevo and represents a unique model of an object that can be replicated at any other location where there is need and spatial conditions. On this occasion we want to thank the Cantonal Ministry of Education, which has recognized the quality of the work of our association in the previous demountable bicycle parking in the city center and trusted our abilities, because for us this was a huge responsibility, but also an opportunity to again justify our role as the largest and most important association of Sarajevo city cyclists whose interests we are trying to represent responsibly and professionally” said engineer Margeta.

He expressed hope that the Giro di Sarajevo will continue to cooperate with the Ministry of Education, but also with other ministries of Canton Sarajevo at future constructions of bicycle parking lots.

The project was announced earlier this year in the form of an educational campaign by the Ministry of Education, Science and Youth in cooperation with the Ministries of Transport and Interior, Faculty of Transport and Communications and many other higher and secondary education institutions, and cantonal institutions. The aim is to promote the massive use of bicycles as a means of transport between pupil and student population and the development of traffic culture, safe and responsible behavior of cyclists in traffic, and to raise awareness about bad habits and risky behaviors that contribute to the disruption of traffic and accidents. 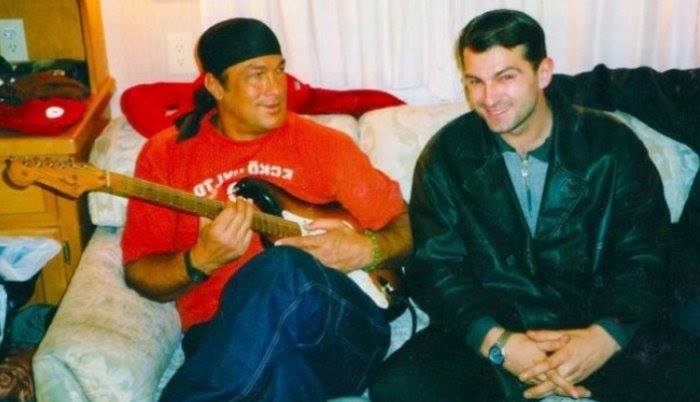 Bosnian who taught Steven Seagal to play the Guitar
Next Article Exporters relieved: Exports of beef to Turkey will begin in June
Leave a comment Leave a comment