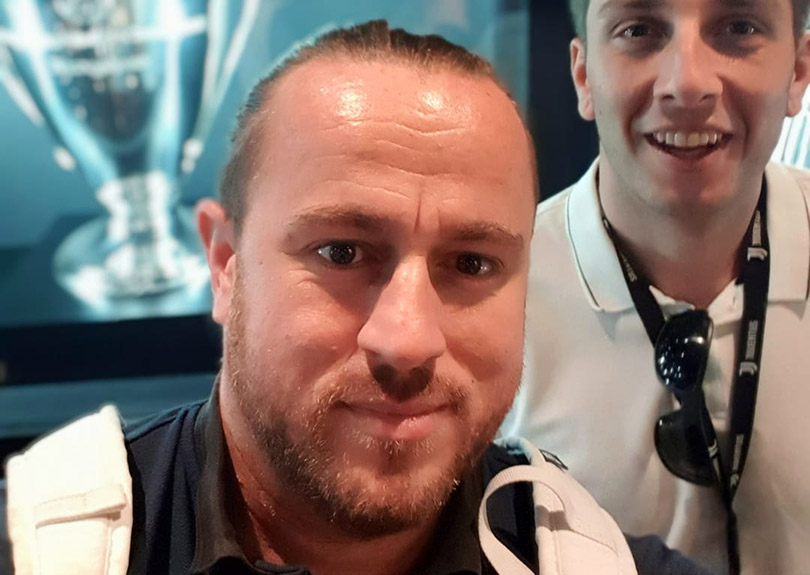 Last night around 10 pm in Goražde, former football player Almir Raščić was severely beaten, and the attackers then shot him in the head, Klix.ba learns.

He was transferred to Sarajevo, where he underwent surgery, and is currently in a coma.

As Klix.ba learns, he was first beaten with bats by unknown persons on his doorstep, and then shot in the head with a firearm. Everything happened in the passage of the residential building on the street 43 Drinska Brigade.

Raščić, in critical condition, was transferred by ambulance to the Clinical Centre University Sarajevo, where he immediately underwent surgery.

The prosecutor told Klix.ba that the attack was characterized as attempted murder and that the investigation is ongoing, as well as the search for the attackers.

“Last night at 9:48 p.m., an unidentified person reported to the duty service of the Goražde Police Station that he found a person in a lying position with head injuries accompanied by bleeding in the street 43. and the Emergency Department of the Cantonal Hospital. The injured person was transported to the Cantonal Hospital, where the doctor on duty found injuries in the head area and that his life was in danger. At 10:50 p.m., he was transported to the Sarajevo Medical Center,” the BPK Ministry of Internal Affairs announced.

The investigation was carried out by members of the criminal police department of Goražde, and the cantonal prosecutor on duty was informed about the incident, who qualified the act as attempted murder.

According to the neighbors and residents of Goražde, who are in shock, everyone knows Almir Raščić as an athlete and a man who had no problems with other people, which is why no one is clear about the motive of this terrible event.

During his career he was a member of football clubs Goražde, Željezničar, Velež, Olimpik, Orašje and Zadar.

Almir’s older brother is Admir Raščić, who wore the jerseys of Željezničar, Sarajevo, Borac and other clubs.

The Skiing Season in Bjelasnica finally opens
Next Article