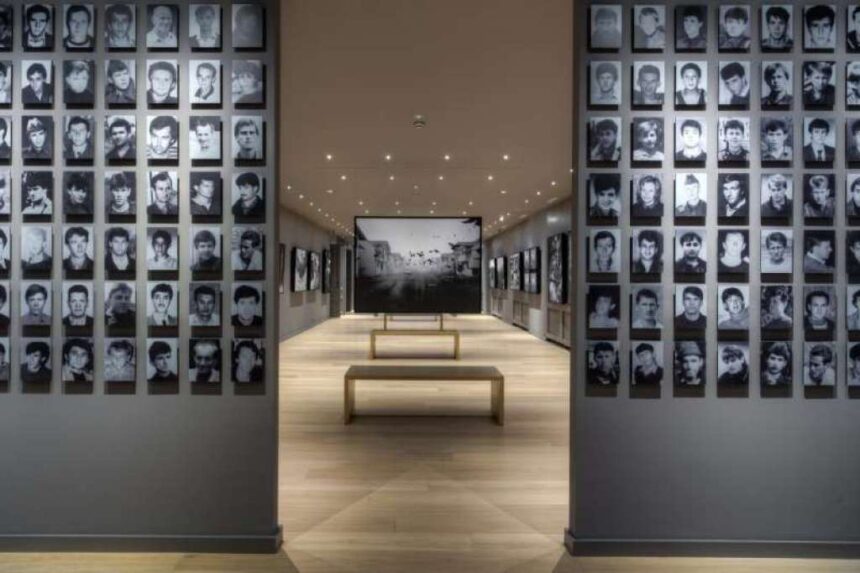 The 11/07/95 Gallery continued its activities to contribute to the preservation of memory of the genocide in Srebrenica in 2022, which marked ten years since its establishment. Despite the aggravating circumstances due to the consequences of the coronavirus pandemic, the Gallery has been open to visitors throughout the year, offering them the opportunity to educate and inform about genocide through the multimedia exhibition ‘Srebrenica’, curator of the gallery Naida Mulaosmanović said in an interview with FENA.

The exhibition contains photographs of war reporters recorded during the war in Bosnia and Herzegovina and is part of the previously published monograph “Bosnia 1992 – 1995”, edited by Jon Jones and Remy Ourdan. As part of the Gallery’s temporary installation, part of the exhibition “Greetings from Sarajevo” (Trio Design Sarajevo) and the documentary film “Miss Sarajevo” (Bill Carter) have been kept.

“As part of the marking of the anniversary of the work, on the facade of the building where the Gallery is located, a panel with a photo of Tarik Samarah’s “Doll” with an accompanying message is displayed. The monograph “Srebrenica” by Tarik Samarah, which gave rise to the 11/07/95 Gallery, is exhibited in the Tate Modern gallery in London as part of the cycle “Art and Society”, which presents the story of how artists and art deal with social reality,” stated the curator of the Gallery 11/07/95.

She also underlined that a significant number of delegations visited the Gallery this year, and the visit that stands out is that of the Minister of Foreign Affairs of Germany, Annalena Berabock. In addition to Minister Bearbock, the Gallery was visited by Róbert Ragnar Spanó, President of the European Court of Human Rights, Petar Hanke, a member of the Vienna City government, Barbara Glück, director of the Mauthausen Memorial from Austria and others.

Dodik: Republika Srpska has no Intention of sharing Property with BiH
Next Article 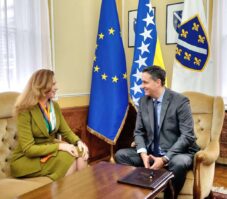