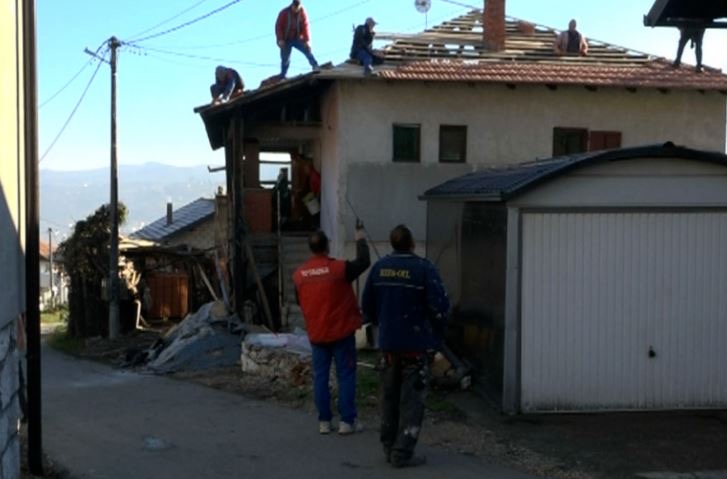 Sulejman Makarevic participated in the war in which three brothers were killed in one day during a battle. After returning to Makljenovac near Doboj, he struggled to rebuild the destroyed house, which was destroyed in a fire several years ago.

For years, Sulejman Makarevic and his wife lived were without any income and lived in a house that was not suitable for living. Even though they received construction materials, sanitation,and carpentry a few months ago through the Federal Ministry for Displaced Persons and Refugees, it did not help them much, because they did not have the money to pay for the installation. Good people came to help and the works are in full swing these days.

“When the first truck came in, I cried with joy that I experienced it,” explained Bajrama Makarevic, Sulejman’s wife.

Along with the workers of the local construction trade, whoseowner decided to renovate Sulejman’s house, his friends and neighbors also appeared.

“Whoever came – welcome. No one will charge a daily wage, “Sulejman added.

Thanks to good people, some money was collected for construction works.

“The money that was collected goes for the treatment of Suljo, for food, and since winter is near – for firewood. I will cover the costs of these works that will be done, ” pointed out Sadmir Hadzikadunic, the owner of the construction company.

Apart from individuals, the municipalities of Tesanj and Doboj Jug, as well as veterans’ associations and the Zenica-Doboj Canton line ministry announced their help.