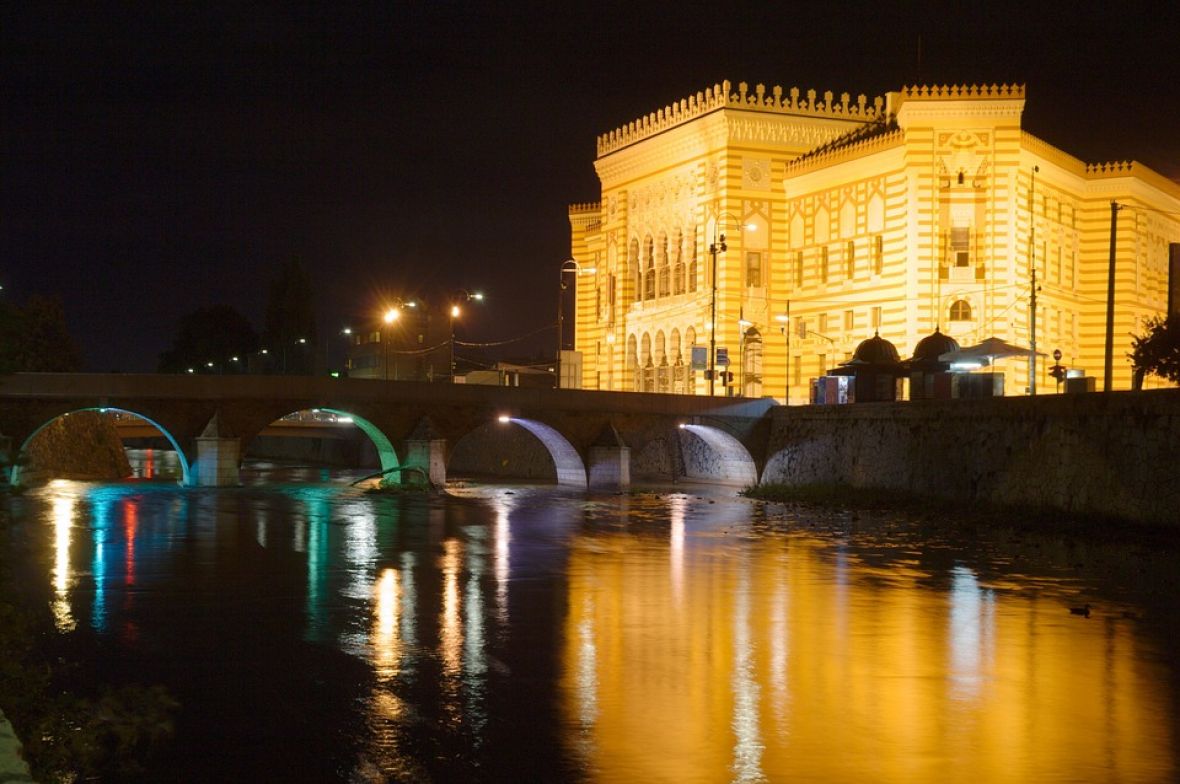 Winter is the time when the true beneficiaries of travel explore the snowy European cities that are full of pleasant and luxurious cafes such as Zagreb, Sarajevo, Ljubljana and Tromso, especially when you can get to them at a discount and low prices during the winter season. The Guardian has compiled a list of European cities that you must visit this winter, and among them is the capital of BiH.

“Take one small city with a heart of medieval mitteleuropean quaintness at the foot of magnificent, snowy mountains. Then add an open-air spa where everyone has year-round fun, be it quietly relaxing in hot pools or screaming down water slides. You will get only one result – Poprad in Slovakia. Its historic center is not huge, but its baroque architecture places it firmly in an old and very central part of Europe. You can find accommodation in this city for 60 EUR with breakfast,” as stated by Guardian.

“So good they named it twice? Actually the double title is to distinguish it from all the other Badens around Europe – the name just means “to bathe”. Nevertheless this spa town has venerable traditions of immersion, and celebrity visitors ranging from the Roman emperor Caracalla to Queen Victoria and Victoria Beckham. The town remains perfectly set up for easygoing entertainment and is lovely in winter, with the warm waters great for easing chilly bones. There are plenty of upmarket restaurants offering specialties such as beef cheeks in pinot noir. If your budget is a bit smaller, in the northern part of the city you have accommodations for 21.80 EUR. Otherwise, you can sleep at Central Etol hotel for 110 EUR per night. In winter, or in fact in any season, the nearby Black Forest national park has lots of activities to offer, including trekking,” wrote Guardian about German city Baden-Baden.

“In this cruel world, Sarajevo is a reminder that bad things can turn out better. This once magnificent bastion of integration and multicultural splendor has risen from the ashes of the 1992-96 siege and is now a flourishing metropolis and fascinating destination. Narrow alleyways in Baščaršija, the old town, are packed with good cafes and decent well-priced accommodation. Hostels such as Balkan Han, The Doctor House and Franz Ferdinand have accommodation from 11 to 32 EUR per night,” wrote Guardian about our capital city.

Guardian recommends following to visit in Sarajevo: the restored City Hall, Svrzo’s house, dignified museum that recalls the atmosphere of Sarajevo in the 18th century. They also recommended the Tunnel of Salvation which was the only passage for Sarajevans in the dark days of the war. For dinner, they recommended ‘Cakum-pakum’ and their legendary pancakes. “As befits a Winter Olympics location, there’s skiing and snowboarding in Bjelašnica, 20 miles to the south-west.”

Jahorina Mountain in the southeast was also recommended.

“One of Europe’s youngest capitals, Zagreb is also one of the most fascinating, with attractions including attractions such as Car Fair and Winter Christmas bazaar. In this city you will also enjoy the rich culture and imposing buildings.

Besides these cities, Guardian also recommends Tromso in Norway, Ljubljana in Slovenia, Memmingen in Germany, Sibiu in Romania, Poznan in Poland and Are-Ostersund in Sweden.

Reconstruction of Skenderija Plateau to be finalized soon?
Next Article German Airline interested in establishing Flights from Banja Luka to four Countries
Leave a comment Leave a comment