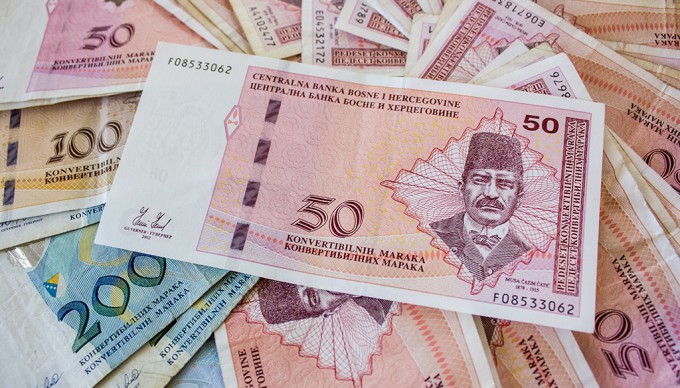 On the 22nd of June, 19 years ago, the Bosnian Convertible Mark (BAM) was officially introduced as a means of payment on the territory of BiH.

The first banknotes were officially released on June 22, 1998. At the very beginning, different design banknotes were issued in the two BH entities, but when returned to the Central Bank of BiH they were not sorted again, so very soon they mixed and BAM started to be used as a common currency.

Negotiations on the topic of design of the first set of banknotes lasted for several months before their look was presented on January 21, 1998. Although the Presidency of BiH was very close to reaching an agreement, however, that did not happen and the design was imposed by then High Representative Carlos Westendorp in agreement with then Governor Peter Nicholl.

It was determined that BH writers of all three nationalities will be on banknotes. Over time, 50 fening and 1 BAM banknotes were withdrawn, and a 200 BAM banknote with only one design was introduced.

BAM gained the trust of the citizens of BiH soon after its release, because due to the decision of the Central Bank of BiH it was linked to EUR (1,95583 BAM for 1 EUR).

The first coins were released on December 9, 1998.

New Facade of Central Bank of BiH worth 100 000 BAM ready in Two Months?
Next Article The National Park Una records Increased Number of Tourists
Leave a comment Leave a comment