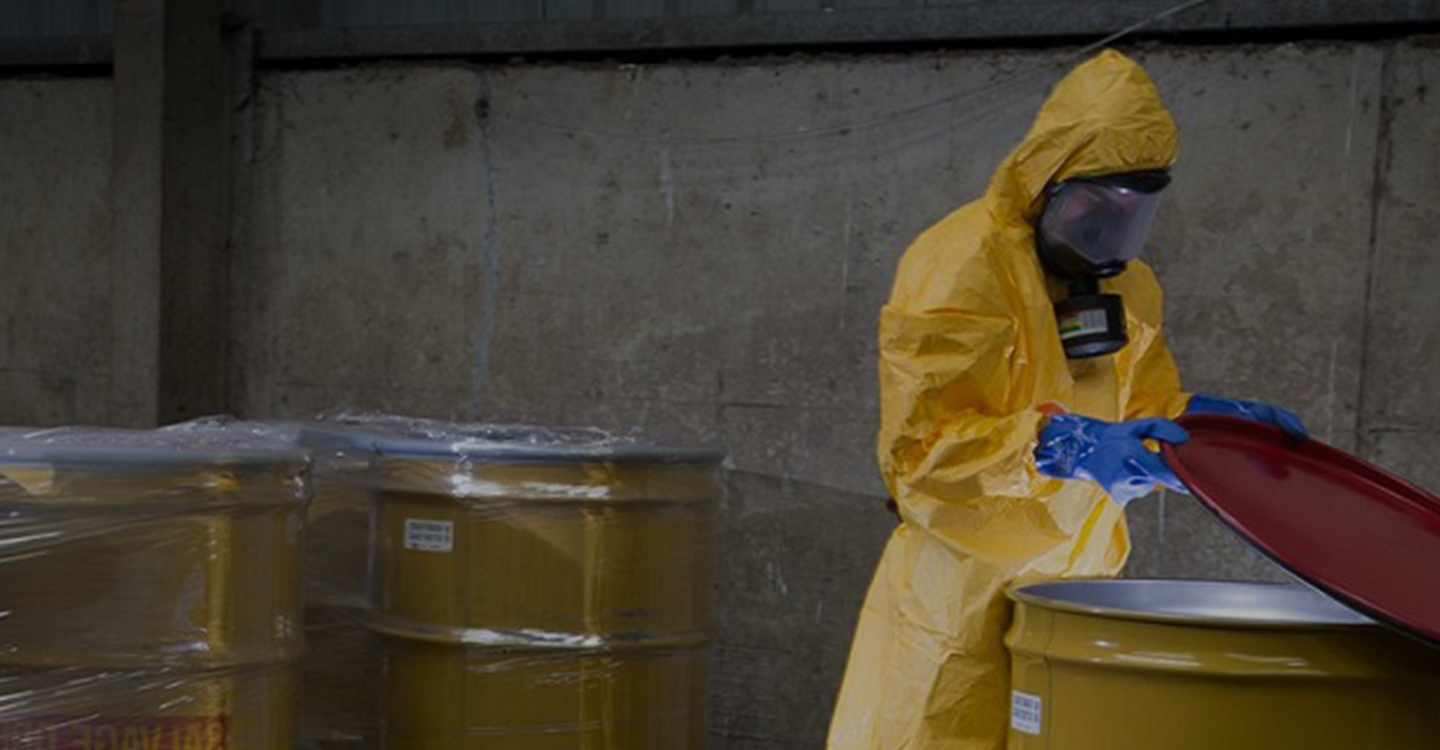 Chemical waste without adequate protection, forgotten for years by the competent services, was disposed of in one of the facilities in the industrial zone of Mostar. Citizens are concerned and appeal for it to be finally removed.

The locals of the settlement of Rodoc are afraid of hazardous waste and everything that it could cause due to its long-standing. They also point to black statistics according to which every third infected resident in this part of the city dies from the consequences of cancer. The local Association Eko Jasenica points out that all waste is a danger to humans, water, land air, and that they expect an immediate reaction from the authorities with an adequate solution for remediation.

Lazo Rajic from Eco Association Jasenica stated that the problem is that they are dealing with the consequences.

”The system does not work. What should have been solved 20 or more years ago, today welcomes us as an extremely big problem. The worst is if people start to self-organize and start taking matters into their own hands. This is what does not suit anyone, and people are forced to do so given the huge number of environmental and communal problems in the area. The solution must be found quickly,” Rajic said.

The local population of Rodoca had a similar problem 15 years ago with chemical waste from the former Soko factory.

”Here, after a certain period, we managed to convince the authorities that this is a danger, both for the industrial and free customs zone, and for the locals who live around.

After the recent registration of citizens, the Civil Protection Team of the Herzegovina-Neretva Canton in the field was convinced of the current situation in Rodoc. Director of Civil Protection Eugen Cubela reminds this problem is actually two years old.

Eugen Cubela, Director of Civil Protection: ”We have taken steps, as we do not have a team in our resources to dispose of such chemical waste. We appealed to higher instances. We immediately made a request to go out on the field. The team of the Federal Civil Protection Administration came, they saw the materials, and they contacted us again, saying that there were no teams in the resources to dispose of such materials or such waste,” he explained.

The first next step of the Civil Protection of the Herzegovina-Neretva Canton is a request to the Ministry of Security and the Ministry of Defense of Bosnia and Herzegovina, which, according to the allegations from this institution, have teams that can adequately dispose of this waste, BHRT writes.

Eleven New Cases of Coronavirus in Sarajevo, no Deaths recorded
Next Article EU in BiH on Occasion of IDAHOT: Everyone is born free and equal in Dignity and Rights
Leave a comment Leave a comment