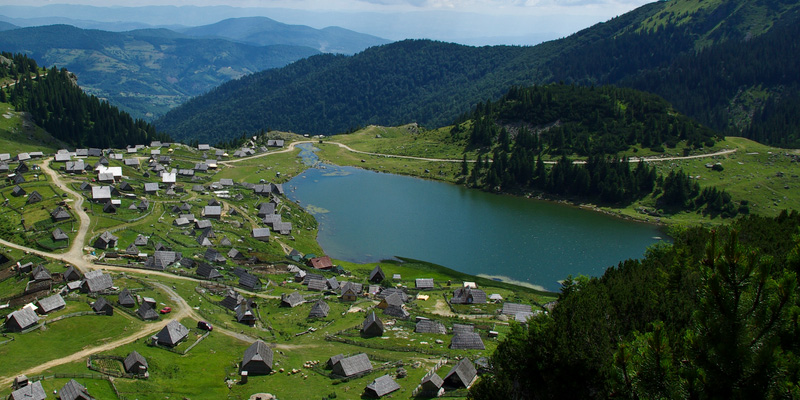 Prokosko Lake is one of the most beautiful in Bosnia and Herzegovina (BiH). It is threatened with disappearance due to massive illegal construction that should not be performed in a natural monument. Local authorities announce the legalization of illegally built buildings.

Summer is at its peak and the sun relentlessly warms the shores of Lake Prokosko, where many wooden houses are scattered, above which rise several mountain peaks of Vranica, more than 2,000 meters high. The lake is of glacial origin and is located at an altitude of 1,636 meters. A group of tourists on the coast prepares lunch in a pressure cooker whose hissing sound of steam overlaps with the clamor of visitors, but also with the noise of off-road vehicles and motorcycles that constantly buzz over the mountain, raising dust behind it with an unbearable sound. From the buildings around the lake with three or four springs, the sounds of turbofolk come, creating an irritating mixture of sounds.

Dozens of pipes are driven into the water sources and the water is diverted to the gardens and buildings built around the lake, instead of feeding the lake naturally. That is why it, as well as the surrounding streams, are fed with waste and sewage water from buildings. In recent years, tourism has flourished on Lake Prokosko, ​​but illegal construction is also flourishing.

Although Prokosko Lake was declared a natural monument in 2005, where any construction of buildings is prohibited, this did not prevent individuals from building cottages, restaurants or apartments that they rent to tourists. Drone footage clearly illustrates the devastation of the area. More than 350 buildings were counted. They are all illegal.

Residents are aware that they have built buildings illegally, but they are taking advantage of the carelessness of the authorities, trying to earn some money in one of the poorest countries in Europe, which has seen a large increase in the number of tourists in recent years.

“No one here has full and valid ownership of a building or a plot of land, and if the state decided, it could demolish all of this tomorrow,” said Nihad while keeping a watchful eye on a small herd of sheep whose fate was sealed a long time ago and they will all end up on the spit.

“Arabs mostly buy lambs. They are the most frequent guests here, and the presence of our people is decreasing. The people don’t even have money for food, and everything has become more expensive, including fuel, so they are coming less and less,” noted Nihad, but as long as there are tourists from abroad with slightly deeper pockets, he is not complaining.

Prokosko Lake is located on the Vranica mountain, at an altitude of 1,660 meters and is 22 kilometers from the central Bosnian town of Fojnica. Although the area was protected and declared a natural monument in 2005, this did not prevent individuals from illegally building structures on its shores. Once upon a time, this area was exclusively cattle ranching, with thousands of sheep and cows in pastures and only a few shepherds’ dwellings used by ranchers during the summer.

Illegal is profitable in BiH. It seems that there is complete lawlessness here. For years, buildings have been built illegally in the area of ​​the protected nature monument. Everyone occupies and fences plots as they wish. ATVs and off-road vehicles are driven off the tracks, which is prohibited and punishable by law. But no one punishes. One of the residents smugly brags that he illegally broke a road with his own hands so that all-terrain vehicles and other vehicles can go through spaces that they could not before.

“Unfortunately, several experts have so far stated that Lake Prokosko is dead or about to die. There is no reason not to believe them. Unfortunately, we have not succeeded in protecting this pearl of nature,” said Robert Oroz from the Coalition for the Protection of Rivers in BiH, who is from Fojnica and knows these regions very well, Klix.ba reports. 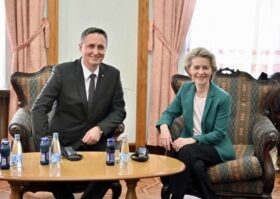 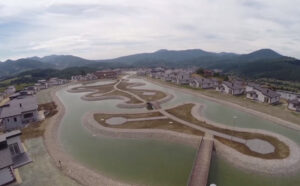