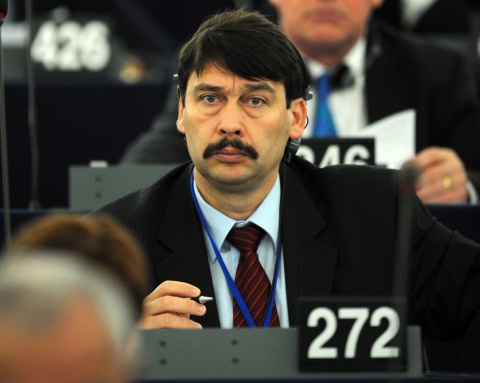 According to the Office of the President of the Republic of Hungary, Áder János will visit the EUFOR and NATO headquarters in Sarajevo on Tuesday.

He will take part in the meeting of the headquarters of the Hungarian unit that is on duty at the Butmir military base, where he is scheduled to give a speech.

It has been announced that Defense Minister Tibor Benkő and Colonel General Romulusz Ruszin-Szendi, Commander of the Hungarian Armed Forces, will also accompany the Head of State during his visit to BiH.

Members of the BiH Presidency spoke with President János, who is visiting Hungarian EUFOR troops in Bosnia and Herzegovina. On that occasion, they thanked for the engagement of the Hungarian contingent in the mission of preserving peace and stability in BiH. The members of the Presidency of BiH also pointed out the important role of Hungary within the Visegrad Group, especially now, when Hungary chairs the Group.

The officials also discussed bilateral relations between Bosnia and Herzegovina and Hungary, the Covid-19 pandemic, migration on the European continent and the demographic picture in BiH and Hungary. Members of the Presidency of BiH welcomed the good bilateral relations and cooperation and expressed hope that it will continue in the future. In this context, they supported the development of overall relations in all areas of common interest, especially in the political, economic and cultural fields.

The interlocutors exchanged views on the consequences of the Covid-19 pandemic and the challenges in the process of vaccinating the population. Members of the Presidency of BiH thanked the Hungarian authorities for the timely donation of vaccines and protective equipment in the fight against the Covid-19 virus.

The topic of conversation was also migration, where it was stated that the influx of migrants has significantly decreased compared to the same period last year, as well as the improvement of conditions for accommodation of migrants in BiH.

President János reiterated Hungary’s continued support and assistance to Bosnia and Herzegovina and stressed that it will continue in the future, the BiH Presidency said.