The Indictment alleges that in the evening hours of 2 August 1992, in the course of a widespread and systematic attack by the military, paramilitary and police forces of the so-called Serb Republic of Bosnia and Herzegovina, and then of Republika Srpska, directed against the Bosniak civilian population of Foča Municipality, knowing of such attack and that his acts constituted a part thereof, as a member of the Army of Republika Srpska, in the capacity as the chief of the Engineering Unit of the Foča Tactical Group, the Accused Goran Mojović carried out persecution of the Bosniak population on the ethnic and religious grounds acting in contravention of rules of international law, that is, Article 16 of the 1977 Additional Protocol to the Geneva Conventions of 12 August 1947, relating to the Protection of Victims of Non-International Armed Conflicts, and Articles 1, 4 and 19 on the 1954 Convention for the Protection of Cultural Property in the Event of Armed Conflict, which provisions constitute customary international law, by having destroyed with explosion a cultural, historical and religious monument which was intended for the religious, educational and cultural goals and needs of Bosniaks in the manner as follows:

In the evening hours Goran Mojović came to the military premises of the Foča Tactical Group in Velečevo, Foča Municipality, where the Engineering Unit members were accommodated, and in the presence of several members of the Engineering Unit, including Rajko Milošević, executed an order to pull down the Aladža Mosque, built in 1550–1551, under the protection of the state as of 1950, by conveying the order to the present members of the Engineering Unit, whereupon two present Serb soldiers refused to carry out the order, whereas Rajko Milošević agreed to carry it out, whereupon he, together with Goran Mojović, went to the Livade Military Depot in Foča Municipality where they took over around 25 anti-tank mines and fuse, detonators, detonator caps and other material necessary for the activation of the mines, which they transported in the Campagnola military vehicle used by Goran Mojović in front of the Aladža Mosque, located on the right bank of the Ćehotina River in the eastern part of the Foča town, whereupon they unloaded the mines and the other material which Goran Mojović and Rajko Milošević planted around and inside the Mosque, and then activated causing an explosion in which they completely destroyed the Mosque. 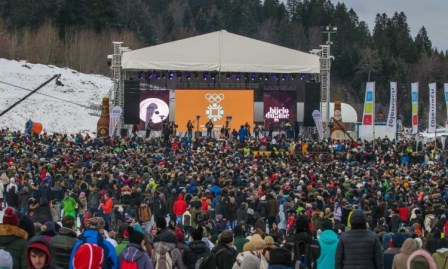 Take a Look of Amazing Atmosphere by Former Yugoslav Band Bijelo Dugme! (video)
Next Article Which Company has the role of Republika Srpska Counsel in Development of New Highway?
Leave a comment Leave a comment