Ocevija, picturesque village near Vares is perhaps the last one in Europe that has still, at the time of modern techniques and factories, preserved traditional, medieval way of forging iron.

The village is located on the mountain Zvijezda, about half way between Vares and Olovo. Until recently, the gravel road led to it. It is known for forges that are run by the water power. Residents say that these are the last forges in Europe that work on medieval, traditional way.

In the valley there is small village Ocevija through which flows a small river Ocevijica. It is responsible for forges, all in single row. In front of the forge of Jozeljic family, Anadolu Agency (AA) team was welcomed by the son Drazen. Fire in the forge is ready. Father Mijo and Drazen started with work, as well as with the story about the craft that is not appreciated today both in BiH and abroad. 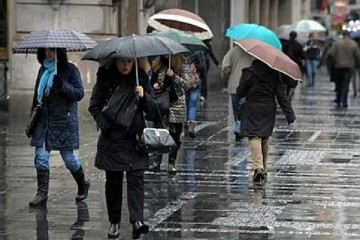