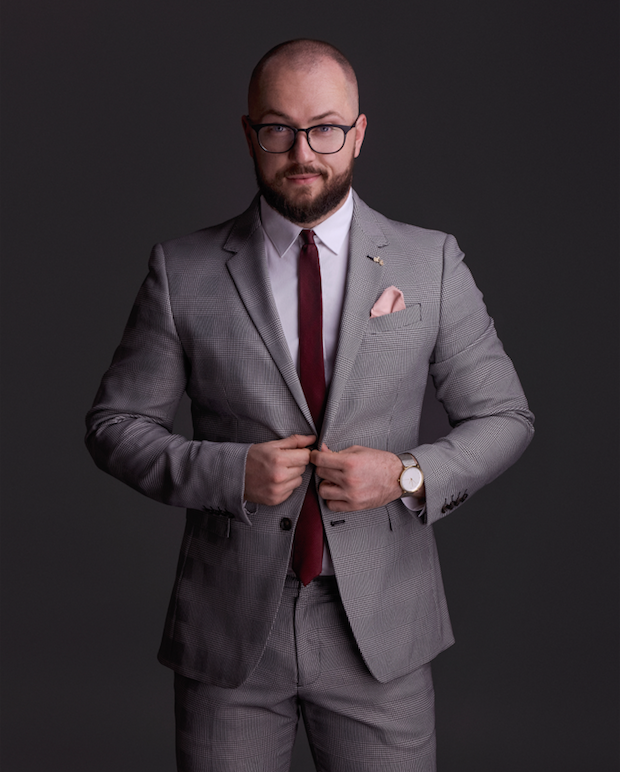 For two years he has been the director of regional innovation forum “Sarajevo Unlimited” and is one of the Youth Advisory Group members within OSCE Mission to Bosnia and Herzegovina. He is also a co-founder and organizer of FuckUp Nights Sarajevo, motivational and business speaking platform, as well as the LAVA+, latest BiH pet collection. At the moment, Senad is employed as Project Advisor at IOM UN Migration.

One Young World is the preeminent global forum for young leaders aged 18-30 which gathers the brightest and the most active youth figures from around the world, existing since 2009. Each year, a summit is organized in different parts of the world where the most promising young talent from global and national companies, NGOs, universities and other forward-thinking organizations are joined by world leaders. Together they debate, formulate and share innovative solutions for the pressing issues the world faces. At past Summits delegates were joined by a line-up of Counsellors that included Justin Trudeau, Emma Watson, Archbishop Emeritus Desmond Tutu, Sir Bob Geldof, Kofi Annan, Sir Richard Branson, Meghan Markle, Professor Muhammad Yunus, Jamie Oliver, Jack Dorsey and Mary Robinson.

Sarajevo Times: Out of 40,000 young leaders from all over the world, you were one of 40 recipients of Ambassador of Peace recognition at the recently held One Young World the Hague summit. Can you tell ST readers more about this prestigious award?

“One Young World delegates, approximately 1900 of those who have been attending OYW The Hague this year, are the ones who have demonstrated leadership ability and a commitment to effecting positive change. Many have already had an impact in their home countries on a range of issues, including the role of business in society, transparency in business and government, the impact of climate change, gender equality and rights of people with disabilities, global health and hunger relief.”

Out of these 1900, only 40 had that privilege to be acknowledged as Peace Ambassadors jointly recognized by One Young World and European Commission. One Young World Peace Ambassadors have been selected to promote and accelerate young leaders due to their work and projects in preventing and countering violent extremism, peace-building efforts and conflict resolution. Considering the fact that more than ever the world is facing rise of violent extremism, conflicts and wars, rise of nationalism and many disputes, this initiative was much needed to gather youth leaders who are having the capacities for promoting peace and conflict resolution, supported by such influential institutions and even more influential individuals, Mr. Alibegovic explains.

On the question of the importance of the award and on the possibility to change his decision on what to do in his life, Mr. Alibegovic answers that as youth activist coming from such a small country, he was initially extremely honored and moved by the fact that he is the only delegate on behalf of Bosnia and Herzegovina selected for The Hague Summit.

“It means a lot to know that someone abroad is watching over you and what have you done in past years and want you to be part of such influential initiative, especially when you are tackling some of the challenging issues such as human rights, gender equality or rights of people with disabilities. Furthermore, being acknowledged and recognized as Peace Ambassadors, one of 40 from all around the world, and one of only three from European soil, it means even more, particularly for my further work and personal motivation. There are no words to describe what kind of emotional firework I had when I was waving the flag of Bosnia and Herzegovina in Peace Palace in Hague in front of Queen Maxima, Prof. Muhammed Yunus, Tawakkol Karman, Rosario Dawson, Biz Stone or other world leaders who were supporting us,” Mr. Alibegovic adds.

When it comes to personal level, this acknowledgment and the award itself inspired him to stay truly dedicated to issues he is passionate about and not to give up, that is for sure.

“Since I am already working for the IOM UN Migration with an amazing team of professionals this milestone might be great trigger for personal development within the organization, but at the same time it is giving me hope that I should stay in Bosnia and Herzegovina and continue tackling some of the issues for which I was awarded at first place – countering violent extremism, peacebuilding and promotion of human rights. The team that I am working with is the one you do not want to replace; therefore, short term goal is to continue building up my career on a homeland soil. In a long-term, of course, there is always a desire of progressing and career development, but predicting where this recognition (or the ones yet to come) will take me is too ambitious to tell,” he explains.

On the question about his current business, Mr. Alibegovic explains that he is constantly driven by the hunger for knowledge and new perspectives and he is definitely considering continuation of his education, probably as PhD candidate in field of human rights, gender equality and rights of people with disabilities. At the same time, he is very much inspired and moved by start-up that he has just recently co-founder with his team, LAVA+ The Pet Collection, offering beautiful, unique and affordable pet pillows and beds for sleeping and napping, fully designed and produced in Bosnia and Herzegovina.

“As entrepreneurial story that got amazing feedback and great acceleration in just few months of operating, my brilliant team and myself are working of widening of product offers and availability in some other countries in region and Europe. Nevertheless, my ideas are countless. I am getting inspired on a daily basis for such projects, activities and initiatives, both by my loved ones or by the amazing youth leaders I am privileged to meet all around the world. There is so much to do in our beautiful country, there are plenty wonderful ideas to be implemented in years to come and I am very much looking forward for all those years ahead of us,” Mr. Alibegovc added.

“What is even more important, especially at the time of tremendous brain drain of skillful young Bosnians and Herzegovinians, I really want to stay in Bosnia and Herzegovina. Not that I am against going abroad or that I am saying it is not hard being part of such collapsing economic and social system, I just do not feel like I gave my 100% here, therefore, I am willing to try my best and stay. As eternal optimist I have feeling that these five years you are mentioning will be extremely fruitful and productive both for my personal and professional development, and hopefully for our country as well,” he concluded.