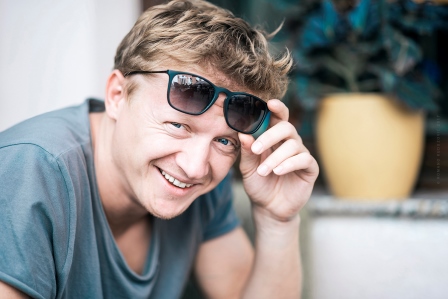 Rijad Gvozden is a Bosnian actor. He grew up in Gornji Vakuf, a city located 130 kilometers west of BiH capital Sarajevo.

In 2007, Gvozden enrolled to The Academy of Performing Arts in Sarajevo. After graduating from the Academy, he achieved his first role in film “Baggage”, directed by Oscar’s winning director Danis Tanovic’s. Apart from acting, Rijad Gvozden writes screenplays and directs. The first movie, for which he wrote a screenplay and that he directed was “Family album”, shown on several film festivals.

“It seems to me sometimes that being an actor was always part of me. Studying at the academy and working with professionals and my classmates had a great impact on me and I learned a lot both about acting and myself, but I do believe that I always had that thing for acting in myself. I am happy because it eventually became my profession and it gives me the opportunity for different transformations, as well as learning about myself and the world that surrounds me.”

Sarajevo Times: What the actor needs to communicate and is it really necessary to incorporate his or her personal mission or message that he / she interprets and transfers to the public and if that is the case, in which way?

“It will not always happen that you, as an actor, get a role that is in accordance with your beliefs, so that the person you interpret represents a “channel” for you to send your own messages or a personal mission. On the other side, it is a challenge for every actor to play a character that is the complete opposite of what he/she is – because that gives you the opportunity to explore yourself even further. I believe that it is important to play the roles that are provoking you, making you better, from which you can learn something and get a reaction from the public because the film/play/performance makes sense only then,” Gvozden explained.

On the question of his favorite actor, Gvozden says it is Denzel Washington. Thanks to his ability to “say” everything necessary with his microgame in the right moment, the love for acting is increasing every day.

Sarajevo Times: How much should the culture and traditions of one place be incorporated in arts, film, theatre?

I believe that no one can escape from his own identity. You could always see the influence of culture and tradition in the novels of Miljenko Jergovic or Aleksandar Hemon, regardless of the fact that they both live abroad. And I believe that this is a completely natural, normal process. On the other side, you will often say that you can find more connections in works that were written 50, 100 or more years ago, and that they are more current than the text written here and now.

On the question on the amount of time Gvozden acts in his everyday life, without the cameras and theatre boards, he says that he does not like and that he is trying to leave the act where it belongs. Although, he often sees people whose acting is present in different life situations as well.

Sarajevo Times: If you were not an actor, which part of the film crew you would like to be and why?

“Probably a director, screenwriter or producer. I love to let myself to the imagination and I often write scenarios in my leisure time. The work of the producer and director gives you incredible freedom to create – and that is what every artist wants at the end,” Gvodzen explains.

When it comes to his personal process of creating a role, the transformation of Rijad into the role he plays, he answers that he cannot say that he has some ritual through which he has to pass. Sometimes, the process of creating a role requires more and sometimes less preparations, but the beauty of acting is that every new project that you are working is different. Acting is the job that he really loves, but he is not the type that would exclude the entire world during the time of creation of a new role.

Sarajevo Times: What would be your advice for the directors?

It is hard for me to give some advice, but I believe that trust is crucial for co-operation between directors and actors. The actor has to trust the director’s vision. On the other hand, the director has to trust that the actor, thanks to given advice and indications, as well as the space he gets, will contribute to creation of the character in the way the director designed it.

“I think that BiH has a really large number of very talented film workers, but it is sad that the opportunities that they get, especially the younger directors, producers and actors, are rare and usually only one, sometimes not even one, feature film is recorded on an annual basis. However, it is impossible not to notice the number of awards for a relatively small number of movies we record, which speaks enough about the quality of our films. On the other side, although I really understand the need to talk about everything we went through in the near past, I am still not sure that we experienced catharsis and I believe that we still have to process a lot (in the end, two films for which I wrote the script are related to the topic of war). I am still looking forward to the time when we will have our domestic comedy, science fiction or action films in the cinema – films that are not related to war topics,” Gvodzen adds.

Mostly everyday situation, but also the people he meets, and people who start some different kind of energy are the things that inspire him.

Currently, he is looking forward to the beginning of the theatre season and acting in plays again.

“I am writing scenarios, I really love that process, and who knows, maybe I will find the opportunity to realize it,” Gvodzen says.

“Although the everyday things sometimes make me doubt, I still want to believe that we are a country that will prosper soon, that educated and capable people will take the lead and take our country in the right direction. Culture will get the place it deserves in that kind of environment,” Gvozden concludes. 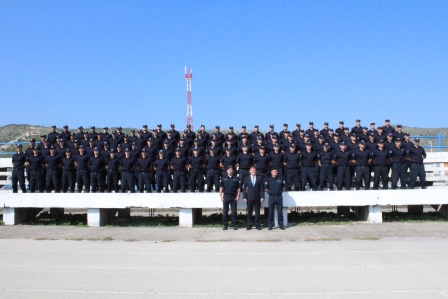 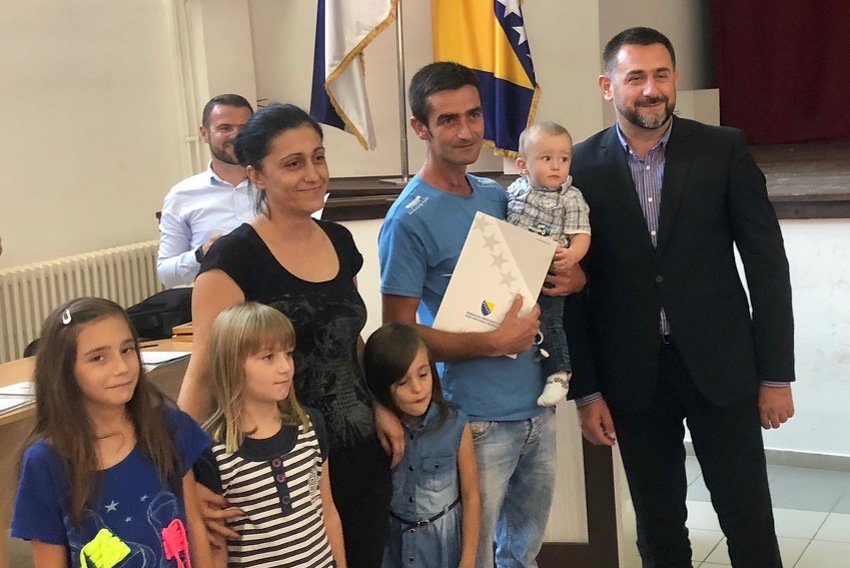