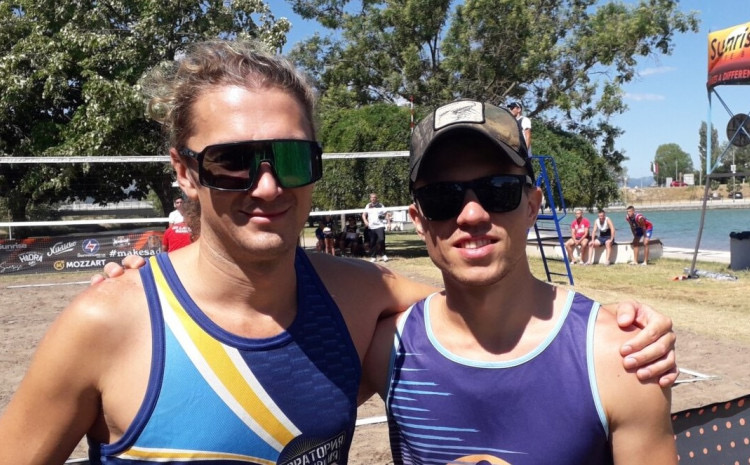 Ukrainian Ivan Profirian and Russian Albert Tugushev break down prejudices that war conflict and politics can be obstacles to friendship. They met a few months ago and have been playing together in beach volleyball tournaments ever since.

They played the last match together at the “Sunrise beach volleyball tour 2022”, which is held in Trebinje, in the south of Bosnia and Herzegovina (BiH).

They arrived in that Herzegovinian town from Bar in Montenegro, where they both currently live.

Ivan Profirian arrived in Bar after leaving Odesa, the Ukrainian city where he was born. Due to the war conflict in Ukraine, he left with his wife Ekaterina. This married couple started their new life 1.500 kilometers from Odessa.

In the first month after the Russian invasion of Ukraine, Ivan traveled several thousand kilometers to help refugees, mostly women and children, crossing the Romanian-Ukrainian border.

“In the first two months of my stay in Montenegro, I traveled between 20 and 30 thousand kilometers by car. I went to the Romanian-Ukrainian border many times. I was even asked at the border with Serbia once why I have so many stamps on my passport. They asked me where are you going there for the sixth time. I told that we help, we drive. They say, alright then,” Ivan told Radio Free Europe (RSE).

In Odesa, he says, he left his parents, grandmother and friends for whom he is worried.

Namely, the largest Ukrainian Black Sea port was blocked by the Russian Navy.

In the Montenegrin port of Bar, Albert and Ivan met. They were connected by a common passion – beach volleyball. As a team, the two participate in competitions.

“There is a volleyball association in Montenegro, which gathers the Russian-speaking population who came now or a long time ago, and now lives in Montenegro. They have a group on a social network and that’s how we met. Albert wrote there, who plays volleyball on the beach? I am said, I play. That’s how we wrote to each other, agreed, met and started playing,” says Ivan.

Balkans was the choice of a place to live for both of them, because, they say, the people are similar to them in mentality, and they have a lot in common.

According to Ivan, the war has complicated their lives, just like it happened in the former Yugoslavia, and even the most ordinary things are no longer simple for them. However, they stick to what unites them.

“We have relatives everywhere, we communicate. We always communicated well, visited each other. So this situation is complicated for us. But, if a person remains normal, we continue communication, we don’t discuss politics,” explains Ivan.

On February 24th, Russia started an invasion of Ukraine. Thousands of people died, cities were destroyed.

More than 5.1 million refugees from Ukraine are registered across Europe. Since the beginning of the war, numerous countries including the European Union (EU), the United States (U.S.) and others have imposed sanctions on Russia, RSE writes.

Honorary Passport of BiH once was given to Bono Vox, today it belongs to Russian and Turkish Tycoons
Next Article 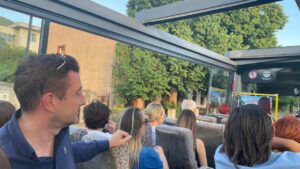