Russian oligarch Resid Serdarov has been a citizen of Bosnia and Herzegovina (BiH) for eleven years. Serdarov is mentioned in the Panama Papers, which reveal how the rich launder money through ‘tax havens’.

However, for BiH, Serdarov, the co-owner of the company “Comsar Energy Republika Srpska (RS)”, is a ‘reputable entrepreneur’. This is stated in the explanation of the decision made by the Council of Ministers of BiH at the end of 2011.

What is required for citizenship?

The Council of Ministers of BiH does not have to explain to anyone its “discretionary decisions” on the admission of foreigners to the citizenship of this country under an emergency procedure. Thus, in the past 13 years, 136 foreigners acquired BiH citizenship, according to data from the Ministry of Civil Affairs of BiH.

Among them are Russian or Turkish businessmen who are considered close to the presidents of Russia and Turkey, Vladimir Putin and Recep Tayyip Erdogan, as well as leaders of political parties in BiH.

According to the rulebook, which was adopted as a by-law by state ministers in 2009, the only thing required for a decision on admission to citizenship is that it be unanimously supported by all ministers.

BiH citizenship can be acquired by marriage to a BiH citizen, but the procedure is different and the granting of citizenship does not have to be voted on by the Council of Ministers. A person can submit a request in person after five years of marriage and must have a permanent residence in BiH.

The initiative on admission to citizenship can be initiated by a unanimous decision by the three-member Presidency of BiH, but in that case, they are called “honorary citizens.”

The most famous honorary citizen of BiH is Bono Vox, the singer of the group U2, who was presented with a BiH passport on September 23rd, 1997, before a concert in Sarajevo.

The BiH Council of Ministers also granted citizenship to numerous “owners or managers of companies that have invested significant funds in BiH or employ a significant number of workers in BiH.”

One of the “persons of particular benefit to BiH” is the Turkish citizen Muzaffer Cilek, the owner of the company Cilek, which is engaged in the production and sale of children’s rooms, and has a showroom in Sarajevo.

BiH citizenship was granted to Ali Riza Akbas and Cutur Fejzi as presidents (directors) and board members of Turkish Ziraat Bank in BiH by the decisions of the BiH Council of Ministers. There are also Ahmet Salih Kansu, who received BiH citizenship as the director of the Turkish Airlines representative office, and Bekim Muftarevic, as the official representative of Turkish Radio and Television (TRT) in BiH.

Genocide denier in line for citizenship

The BiH Council of Ministers must make a decision on granting passports to foreigners unanimously. Due to the opposition of one or more ministers, some requests were rejected or “taken off the agenda” of the session.

Among them is the case of Zeljko Vujadinovic, university professor of history at the University of Banja Luka.

Vujadinovic, born in Niksic in Montenegro, of which he is a citizen, and one of the authors of the Report on Srebrenica, which was prepared in 2004 at the initiative of the then Government of the Republika Srpska (RS).

In that report, the then Government of RS admitted that genocide against Bosniaks took place in Srebrenica.

Vujadinovic later participated in the work of commissions, round tables, and debates in which the genocide in Srebrenica was denied and the credibility of the International Tribunal for War Crimes in The Hague (ICTY) was questioned, Radio Slobodna Evropa writes.

Convicted War Criminals can stand for Elections in BiH
Next Article 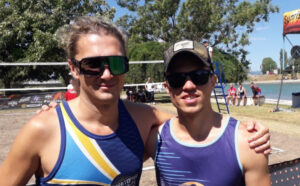